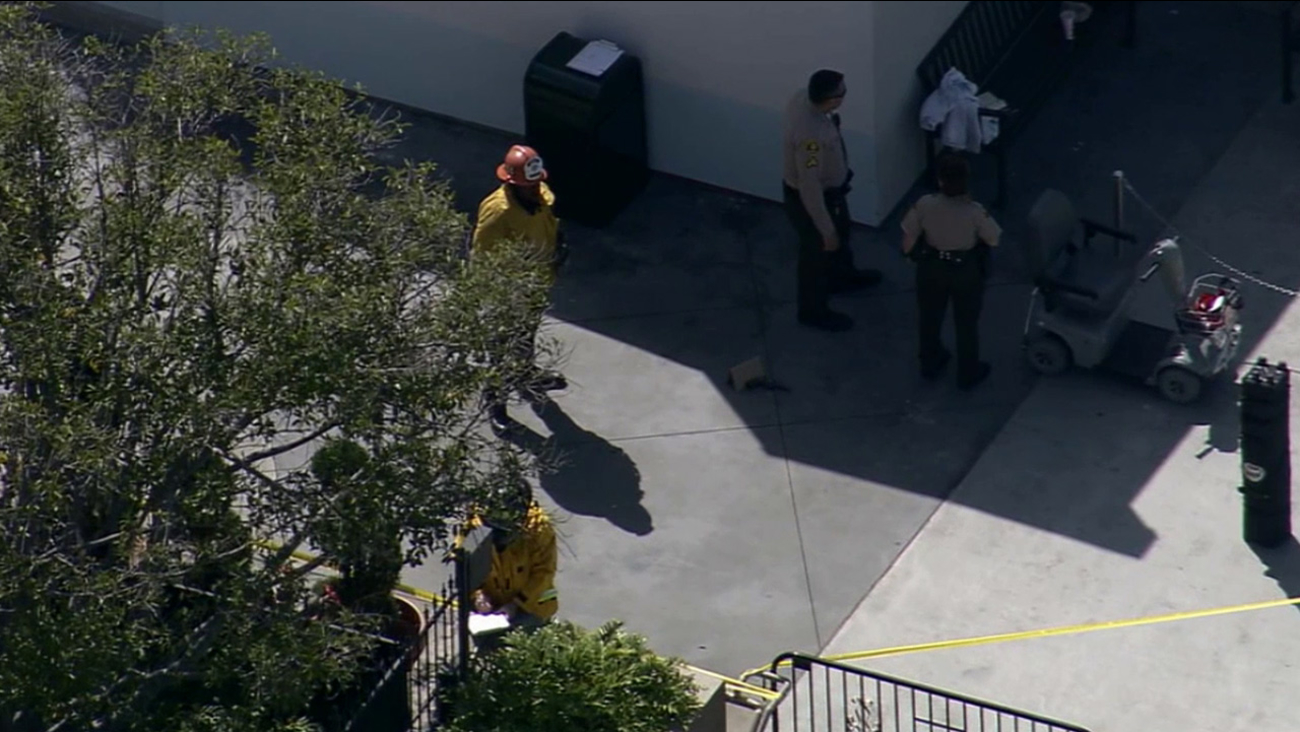 Los Angeles County sheriff's deputies and firefighters respond to a reported self-inflicted shooting of a man at Universal Studios Hollywood on Friday, April 3, 2015.

A waitress at Mel's Diner in the park called security at about 2 p.m. when she spotted the father of her child, who she had filed two restraining orders against, investigators said. The man had vandalized her car in a theme park lot about a week ago.

When officers tracked the man down in a secluded smoking area, he pulled out a gun and shot himself. A coroner identified the man as 38-year-old Andrew Thomas Jones of Fullerton.

Some guests were temporarily sheltered in place, but the park remained open. No other victims were reported.

"We are working closely with law enforcement and corporate security on this ongoing investigation," a spokesperson for the theme park said. "The safety and security of our guests is always of the utmost of importance."

Theme park security does search the belongings of guests as they enter, but do not use a metal detector.