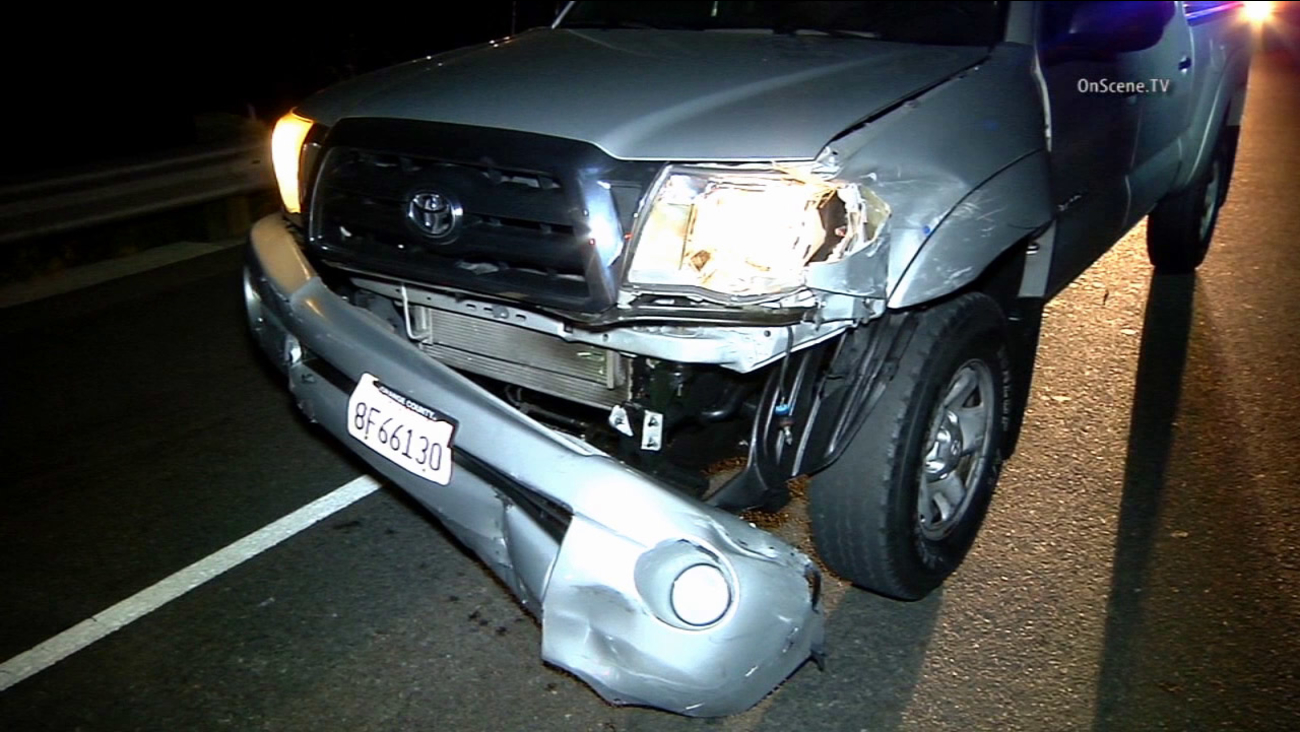 A La Palma man driving a Toyota pick-up truck rammed the car into police cruisers during a car chase on Sunday, April 5, 2015.

LA PALMA, Calif. (KABC) -- A man was arrested after leading police on a car chase, injuring an officer and then punching a K-9 in La Palma early Sunday morning.

At 9:20 p.m. on Saturday, La Palma police investigated a report of domestic violence in the 5100 block of Bransford Drive. When authorities arrived, a woman was found suffering serious injuries. She was transported to a local hospital in an unknown condition.

Shortly after midnight on Sunday, officers located Jara driving his car near a mini-mart in the 7300 block of Walker Street.

Police attempted to conduct a traffic stop, but Jara quickly fled in his truck, leading officers on a chase through a residential area. At one point in the chase, Jara turned his truck around and rammed two police cruisers, injuring one officer.

The chase continued until Jara entered the southbound 605 Freeway and California Highway Patrol officers took over. The truck reached speeds of at least 100 miles per hour during the chase.

Near the 605 and 405 freeway interchange, Jara's truck stopped and he fled on foot. CHP officers chased him down an embankment and a K-9 was deployed.

Authorities said Jara punched the K-9 and a taser was then used to subdue him. He was taken into custody and booked on charges of domestic violence, assault with a deadly weapon on a police officer and felony evading.