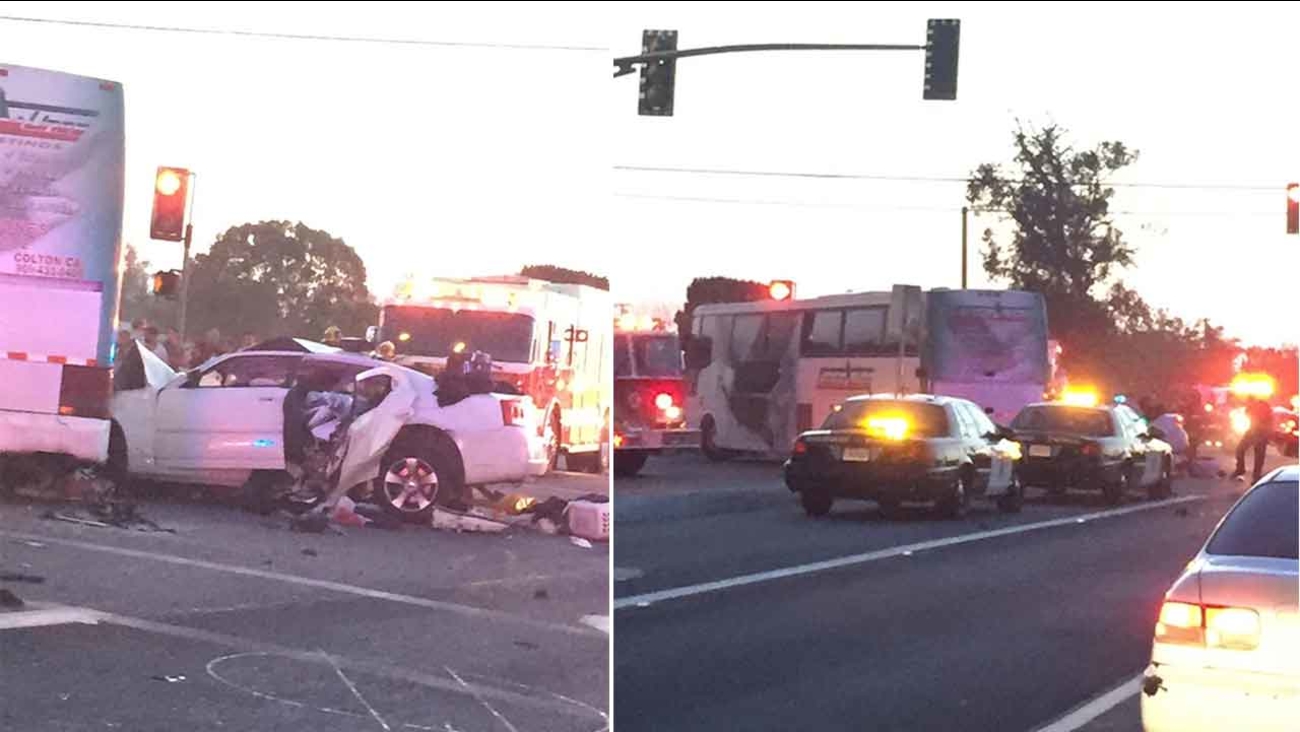 BLOOMINGTON, SAN BERNARDINO COUNTY (KABC) -- One person was killed and four others injured Sunday when a tour bus carrying 17 people collided with a Dodge Charger in Bloomington, officials said.

The crash was reported at about 6:57 p.m. near Valley Boulevard and Linden Avenue, according to San Bernardino County Fire Department Chief Steve Lassiter.

The 26-year-old driver of the vehicle was critically injured and transported to Kaiser Permanente in Fontana, where he later succumbed to his injuries. Four people were transported to local hospitals with minor injuries.

Lassiter said a total of five people were injured and not nine as initially reported by the department.