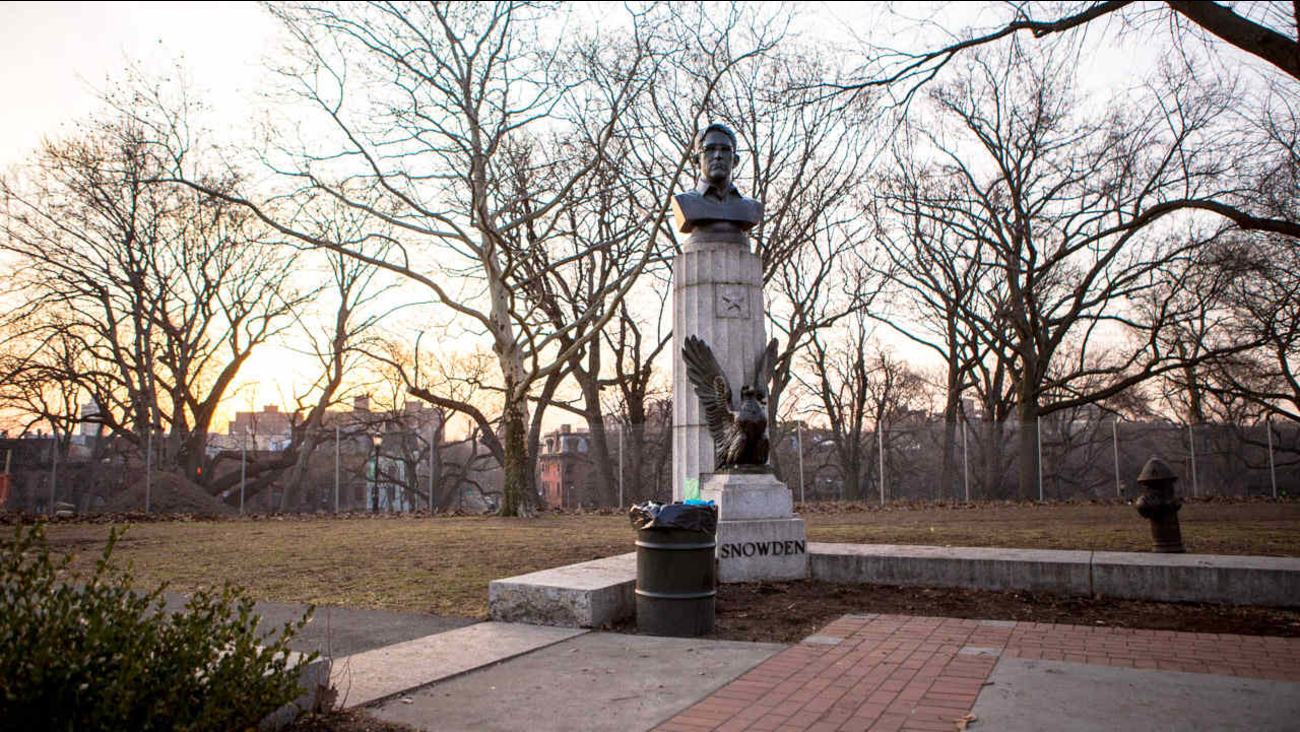 They hauled the 100-pound sculpture into Fort Greene Park just before dawn and fused it to the monument, according to the website ANIMALNewYork.

The monument is a memorial to American POWs who died during the Revolutionary War.

ANIMALNewYork reports that two New York City-based artists conceived the idea for the Snowden bust, and then enlisted the help of a renowned sculptor. The website was permitted to film the installation, which they posted on YouTube.

Snowden's head was placed on one of four columns that lie at the edge of the monument. The Parks Department has since covered up the bust.

The former NSA contractor has been living in Russia since fleeing two years ago after he leaked classified documents about the U.S. government surveillance programs.