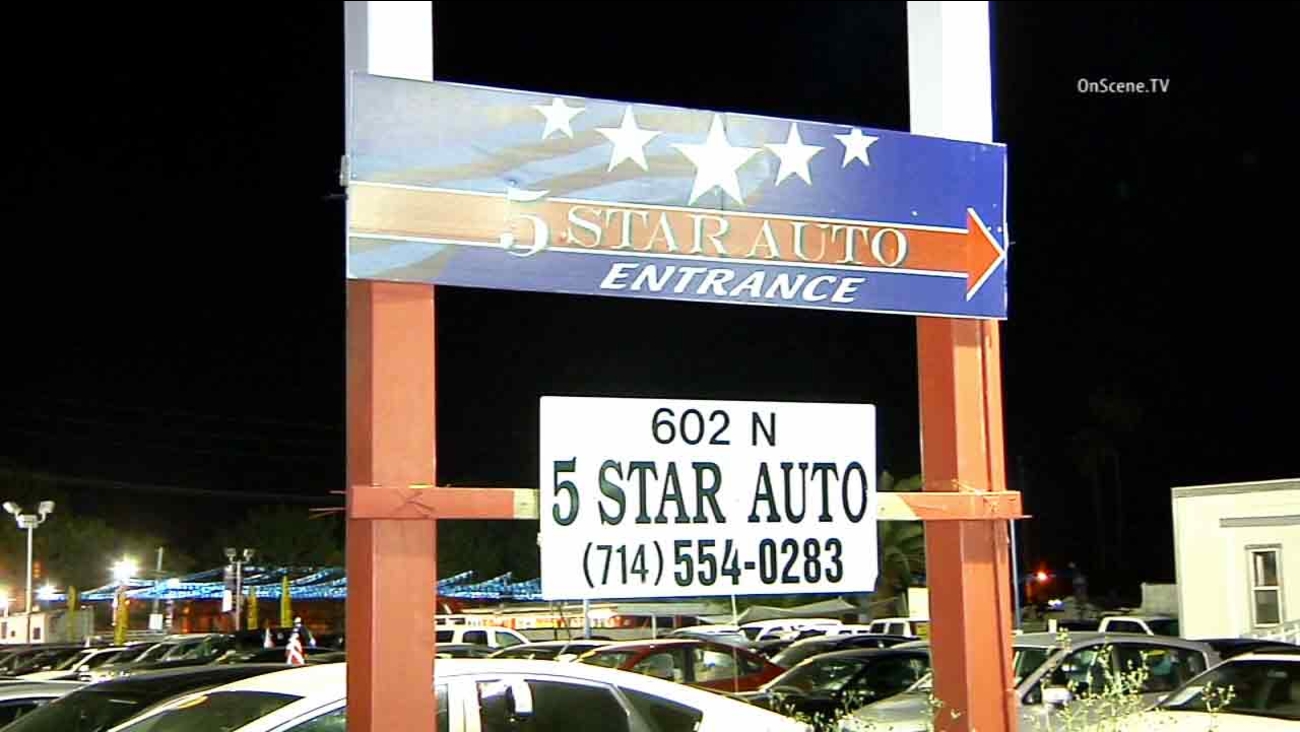 A security guard at a used car lot in Santa Ana was stabbed and beaten on Thursday, April 9, 2015. (KABC)

SANTA ANA, Calif. (KABC) -- The search is on for whoever stabbed and beat a security guard at a used car lot in Santa Ana.

The attack occurred on the 800 block of North Harbor Boulevard shortly after midnight Thursday.

Authorities say the guard, who is in his 50s, was confronted by someone trying to break into the lot.

The guard was stabbed three times in the upper torso and kicked in the head. He was taken to the hospital and expected to recover.

The suspect fled southbound on Harbor Boulevard. He was described as a Hispanic male wearing all dark clothing.