San Jacinto police searching for suspect who shot at officer 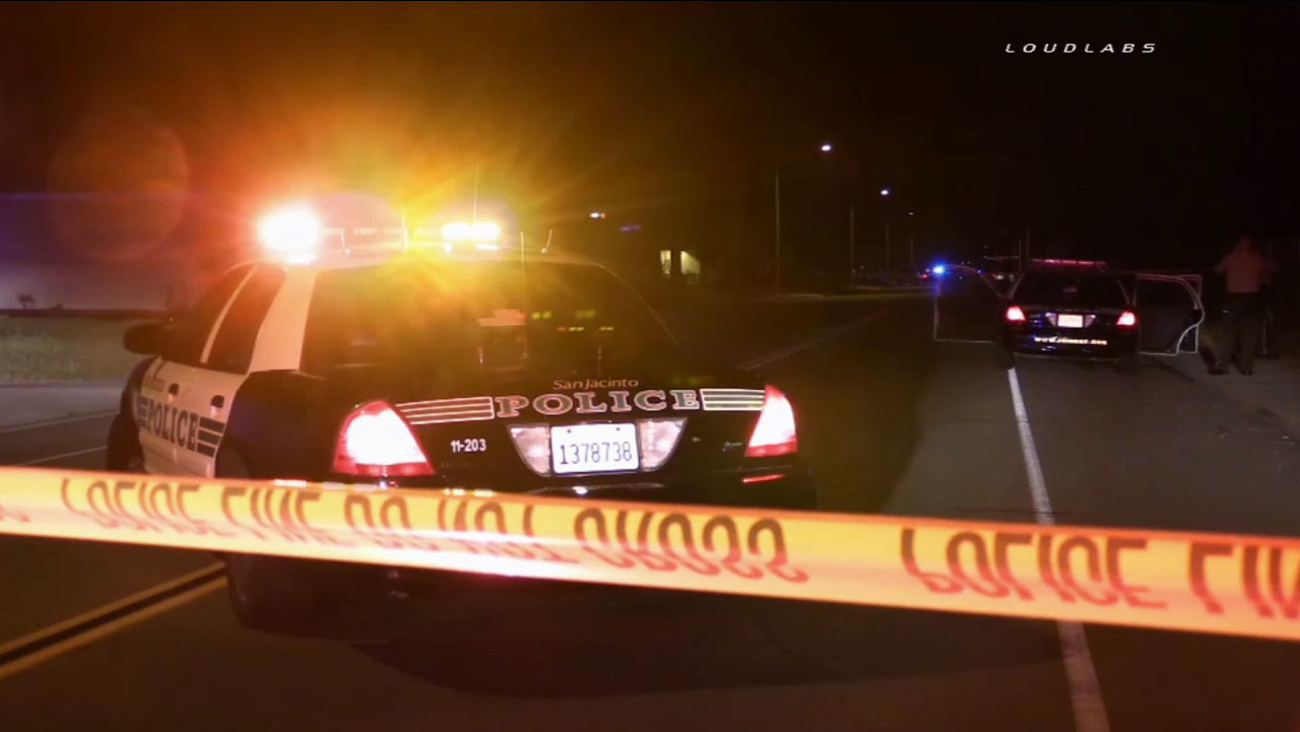 San Jacinto police investigate the scene where a suspect opened fire on a police officer during a chase on Saturday, April 11, 2015.

SAN JACINTO, Calif. (KABC) -- A suspect shot at the patrol car of a San Jacinto police officer with a high-powered assault rifle during a short chase Saturday night.

Around 9:15 p.m., the officer was alerted by a citizen that a suspect had brandished a firearm. The citizen pointed out the suspect's car and the officer attempted to stop the vehicle.

The officer was informed that the suspect's car matched the description of a stolen vehicle. When the suspect did not stop, a short chase ensued.

During the chase, the suspect pulled out a high-powered assault rifle and fired multiple shots at the patrol car. Several rounds hit the car, immobilizing it. 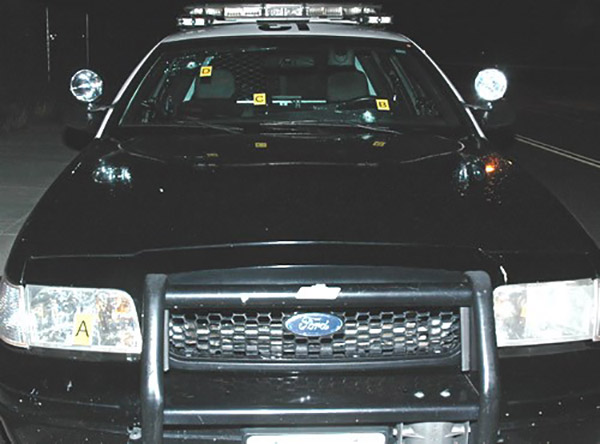 A San Jacinto police cruiser was shot at multiple times during a short chase on Saturday, April 11, 2015.

The suspect drove away and crashed into a home on Savory Road. He fled the scene on foot and was able to evade police. The suspect is described as a Hispanic male in his 20s.

A weapon similar to the assault rifle was found in the backyard of the home the man had crashed into.

The officer involved did not sustain any direct injuries from the shooting, but was transported to a local hospital as a precaution.

Anyone with information is asked to call investigator Wortman at the Hemet Sheriff's Station at (951) 791-3400.