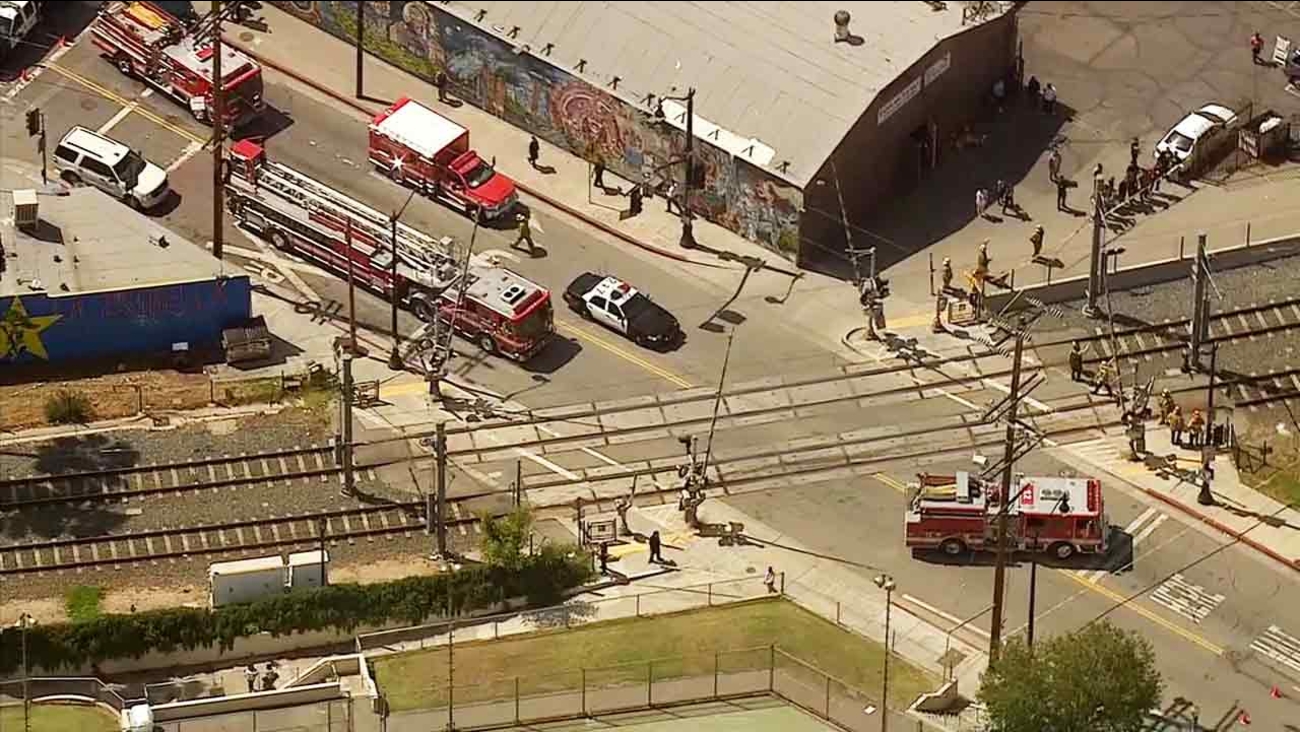 A pedestrian was killed after being struck by a Metro Gold Line train in Highland Park on Monday, April 13, 2015. (KABC)

HIGHLAND PARK, LOS ANGELES (KABC) -- A Metro Gold Line train struck and killed a man walking along the 100 block of North Avenue 61 in the Highland Park area on Monday morning.

The pedestrian, who has not been identified, was pronounced dead at the scene.

Los Angeles fire and police departments were investigating the incident as a possible suicide. Witnesses say the man appeared to move deliberately into the path of the train.

The Gold Line was temporarily shut down in the area for the investigation, and passengers were transferred to buses. Service resumed just before 3 p.m., Metro officials warned of continued delays.