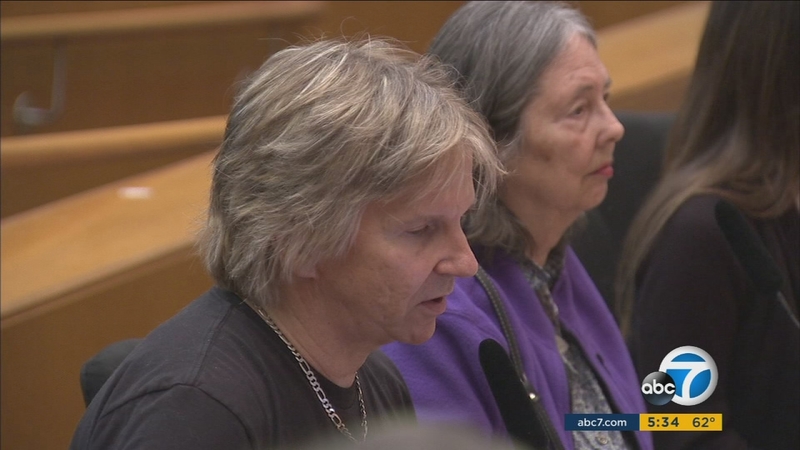 DOWNTOWN LOS ANGELES (KABC) -- The Los Angeles County Board of Supervisors held a meeting to discuss an ongoing gas leak in Porter Ranch on Tuesday following complaints from dozens of residents.

The meeting was held in downtown Los Angeles where the South Coast Air Quality Management District reported they received a total of 660 complaints about the month-long stench.

Supervisors requested Southern California Gas Company, along with several other companies and agencies, to appear at the meeting and report on the latest efforts to stop the leak after raising concerns that powerful fumes could cause short-term neurological, gastrointestinal and respiratory issues.

Southern California Gas Company relocated 67 families, but 259 others asked to be relocated because the odor had been making them sick.

A representative of Southern California Gas Company, which operates the natural gas storage field, said they were working as fast as possible to stop the leak, but admitted it could take at least 90 days.

"In terms of the process of getting equipment on site, getting the right personnel on site. Doing the safety checks, standing down when safety conditions are not safe and moving forward only when appropriate, we're taking all of those steps. The last thing we want is an injury or some harm to come to those who are working on the situation," Jimmie Cho with SoCal Gas said to board members.

"Right now, what we're focused on is stopping the flow of gas as quickly, safely as possible," said Javier Mendoza, a representative. "So, we are here at the supervisors meeting to provide information to answer questions and to reassure the community that we are doing all we can to stop the leak, and that we are working to keep things safe."

One after the other, angry residents had their say at the supervisors meeting, including a young boy who's tired of dealing with the odor.

"My school smells the gas. We are forced to be inside. I wake up with bloody noses and have terrible headaches. Now I'm told it's going to be another 90 days. It's not OK. This make it up as you go response is totally unacceptable," said Cameron Michaels.

Good news came from Los Angeles County Fire Department officials after they reported that although the gas at the site is combustible, it is not combustible in the residential area.

The district said it would post its results on its website as they became available. In the meantime, schools were expected to remain open.