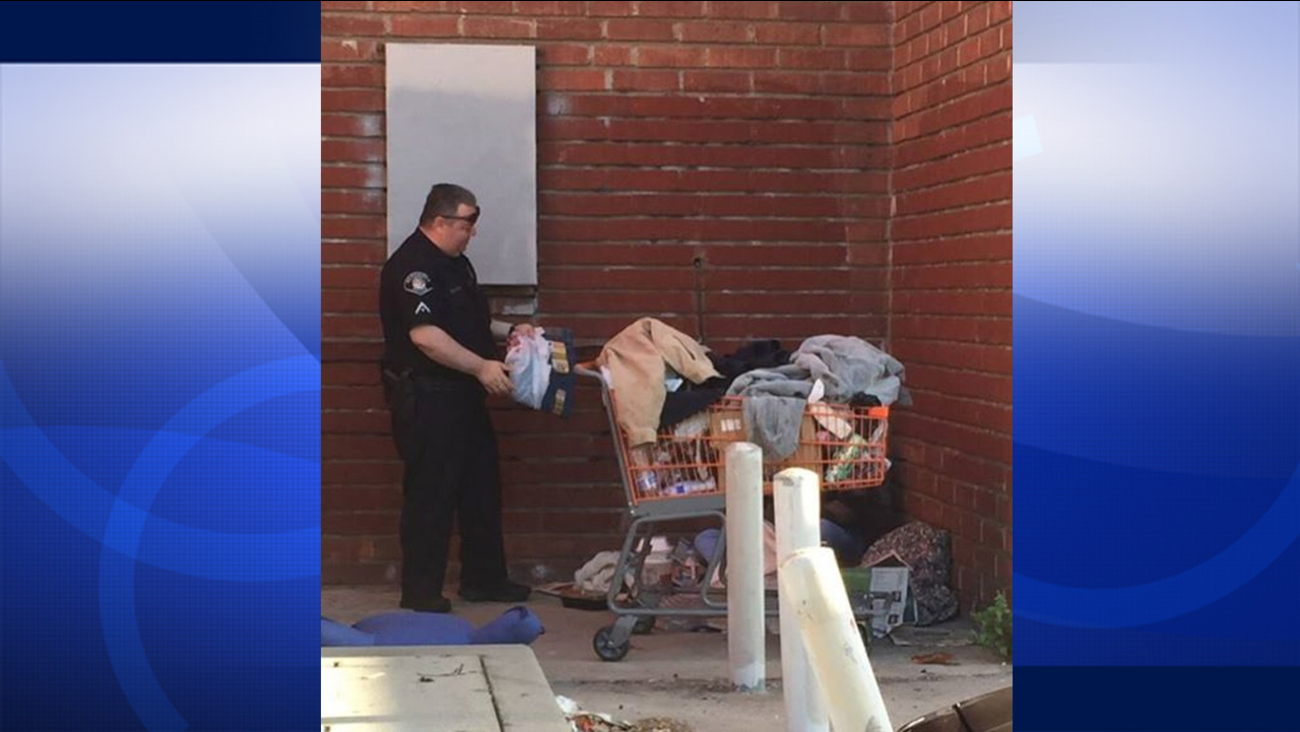 Two Alhambra police officers bought a pantless homeless man clothes Wednesday, April 15, 2015 after he told them he was having a tough time on the streets.

ALHAMBRA, Calif. (KABC) -- Two Alhambra police officers drove to Target and The Salvation Army and bought a pantless homeless man clothes with their own money Wednesday.

The officers responded to a call from a concerned citizen regarding a homeless man who did not have any pants on in the 1200 block of South Marguerita Avenue at about 4:30 p.m.

The homeless man told the officers he was having a tough time on the streets and was planning on going to a local mission to ask for pants, the Alhambra Police Department said on their Facebook page. That's when the officers drove to nearby stores and bought the man two pairs of pants and some shorts.

The heartwarming act of kindness was also brought to our attention by an Eyewitness News viewer.