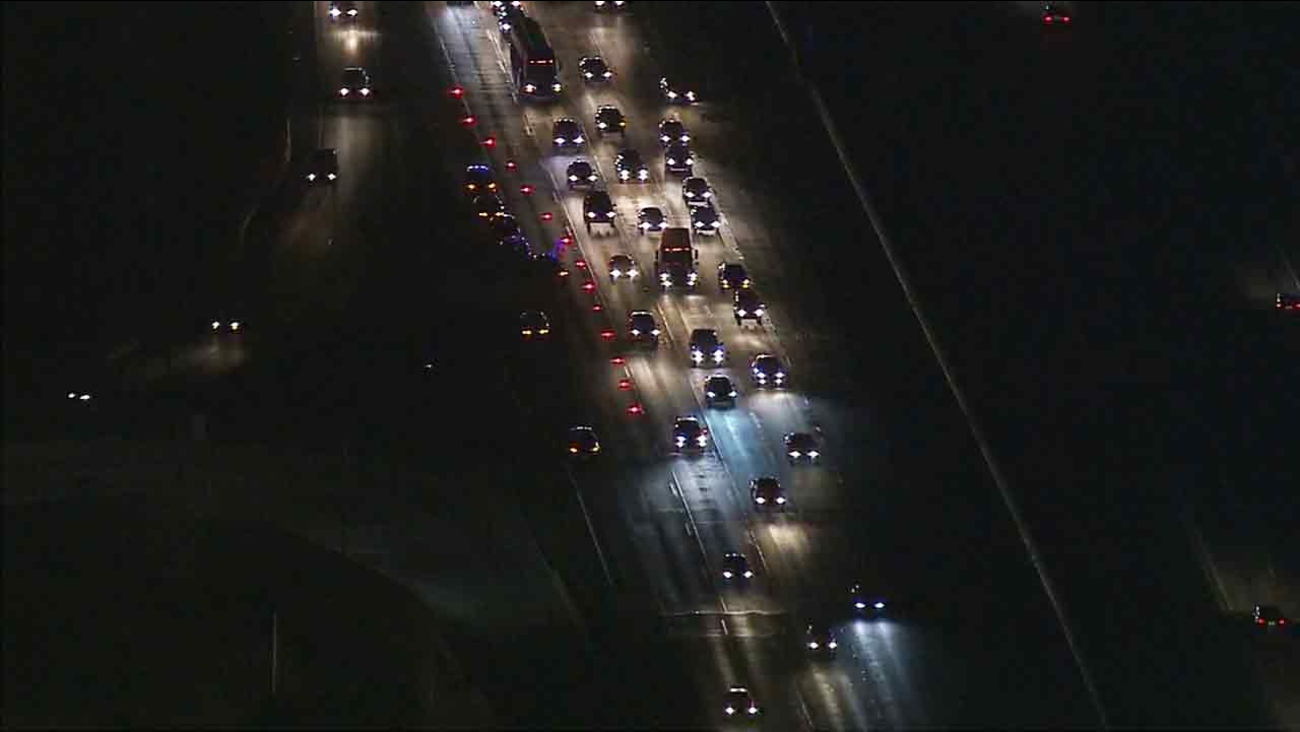 Emergency flares are set up at the scene of a car-to-car shooting on the 110 Freeway in South Los Angeles on Thursday, April 16, 2015. (KABC)

The shooting happened shortly before 10 p.m. Thursday near Redondo Beach Boulevard. After the victims were struck, their car veered off the road and came to a stop on the shoulder.

Both victims were rushed to Harbor-UCLA Medical Center in stable condition. Their identities were not immediately released.