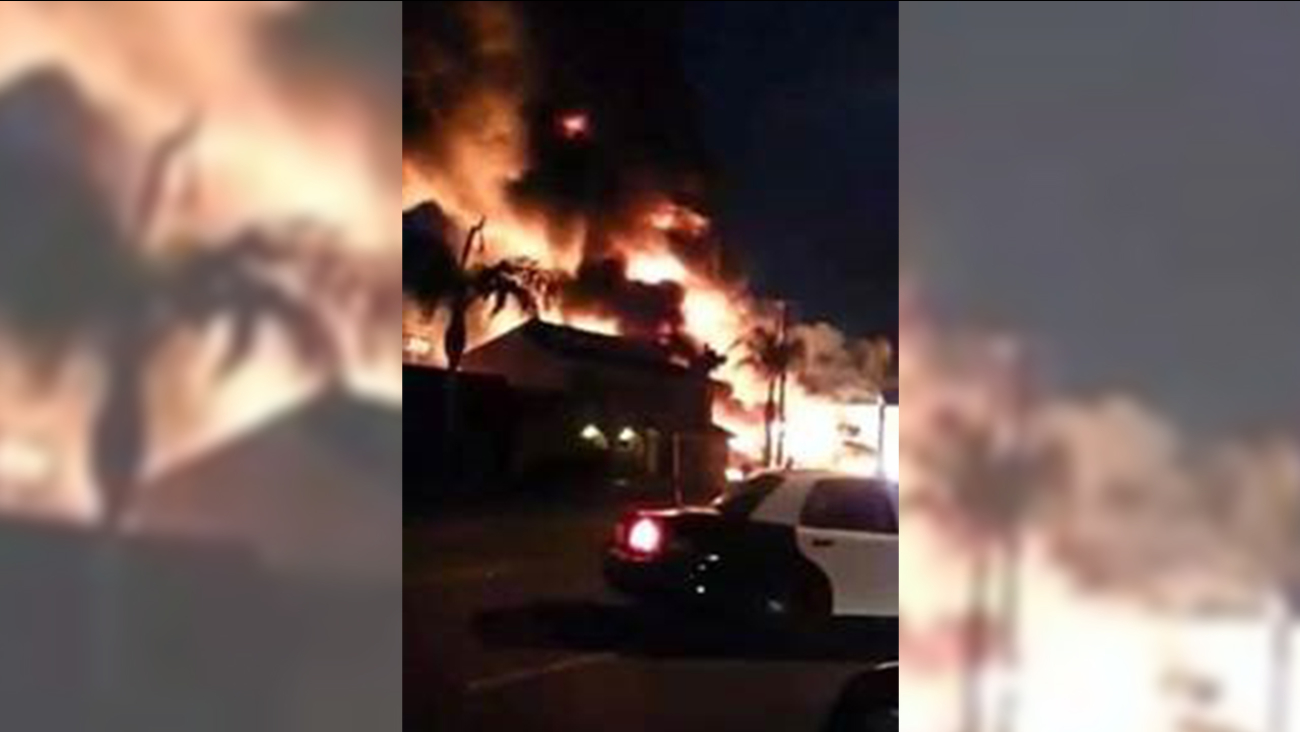 SOUTH EL MONTE, Calif. (KABC) -- A 19-year-old man has been arrested in connection to a fire at a tire shop in South El Monte that left three people dead early Saturday morning.