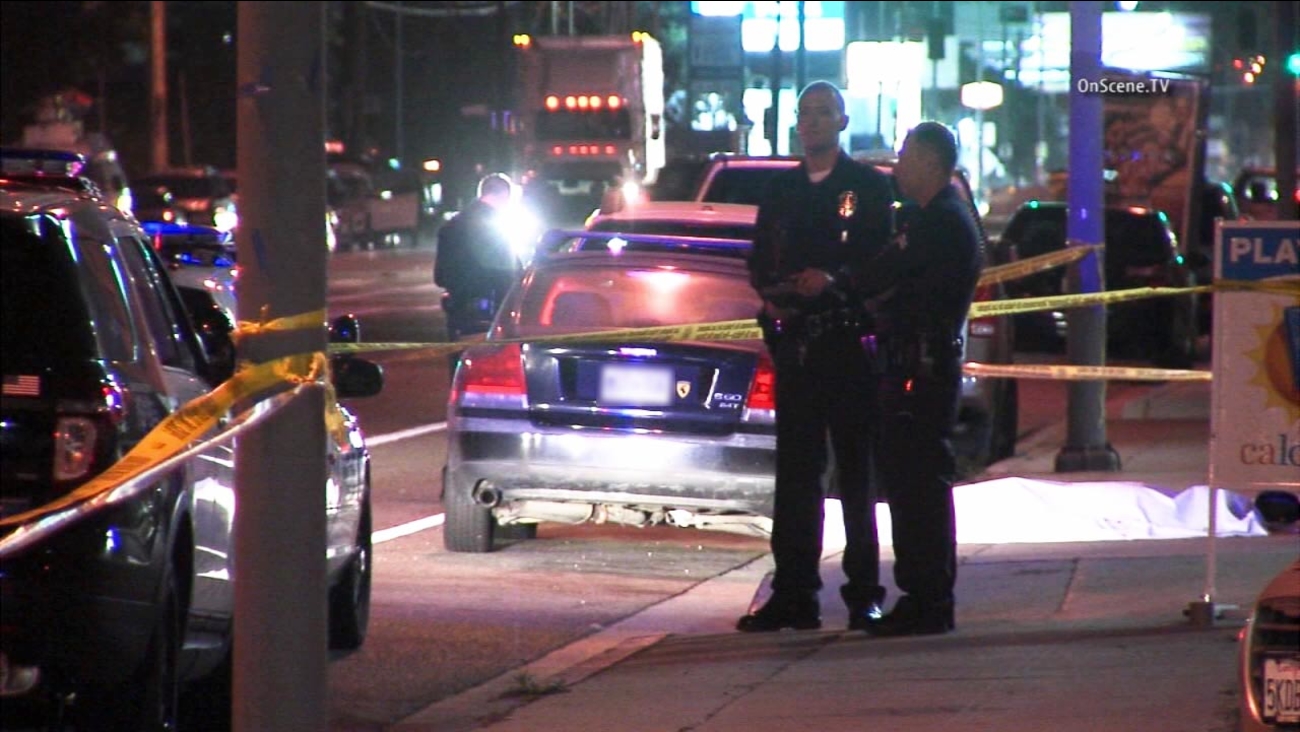 Law enforcement officers are shown at the scene of a fatal shooting of a teenager in the 5700 block of Manchester Avenue on Tuesday, April 28, 2015. (KABC)

SOUTH LOS ANGELES (KABC) -- A teenager was shot to death in South Los Angeles, and now the search is on for the gunman responsible.

The incident occurred outside a liquor store on the 5700 block of Manchester Avenue.

Police say the boy, who was roughly 17 years old, was shot several times around 8:50 p.m. Tuesday.

Witnesses say the suspect ran away. Police do not believe the shooting was gang related.