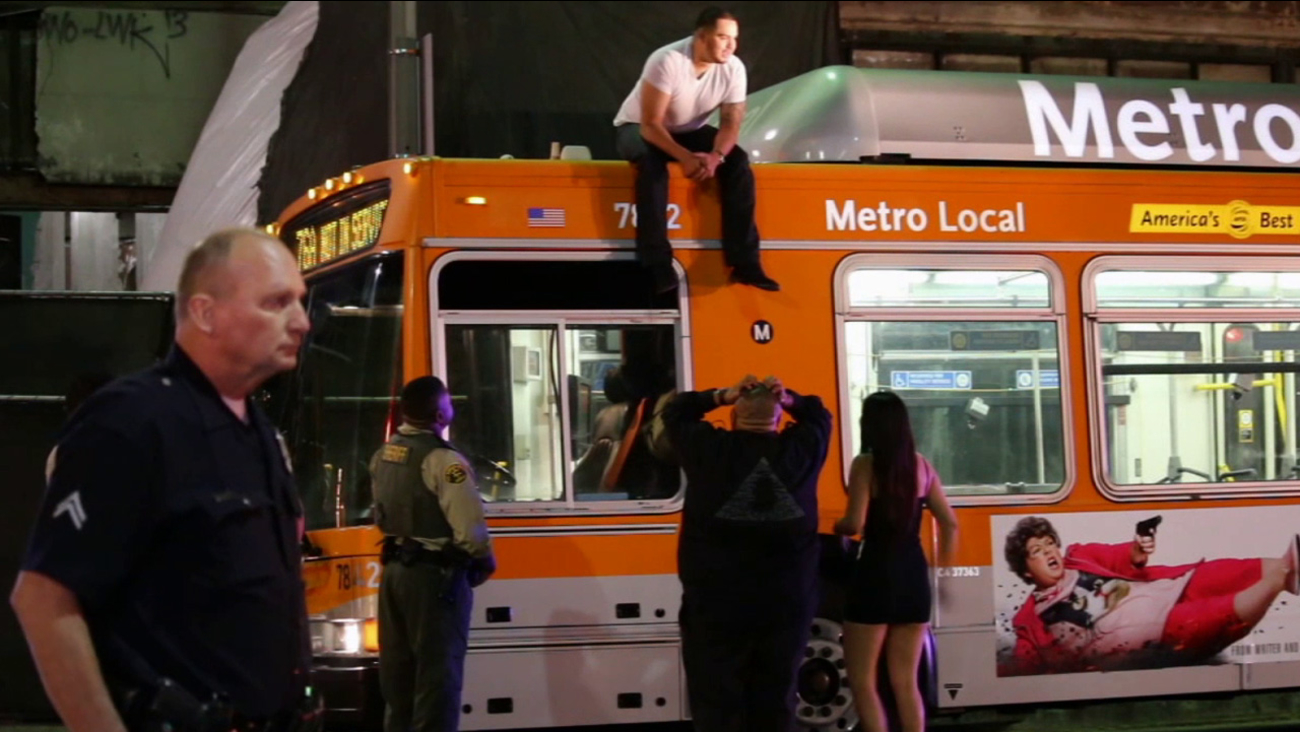 Friends and crisis negotiators attempt to coax a man who jumped on the roof of a Metro bus near 8th and Olive streets in downtown Los Angeles Sunday, May 3, 2015 to climb down.

DOWNTOWN LOS ANGELES (KABC) -- A drunk man allegedly jumped on the roof of a Metro bus in downtown Los Angeles and refused to come down early Sunday, police said.

The incident began around 2:30 a.m. near 8th and Olive streets.

Metro Transit officials say the man was also threatening to commit suicide. Friends and a crisis negotiation team finally convinced the man to get down about three hours later.