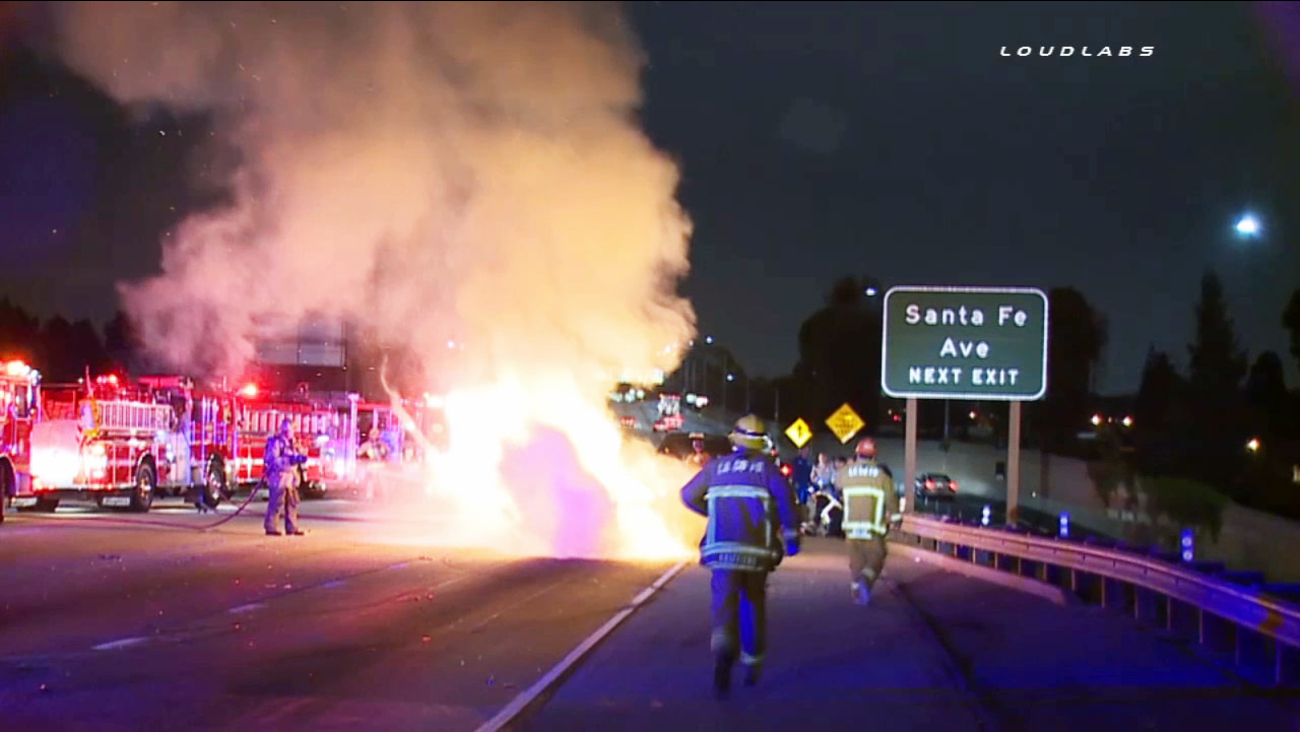 Firefighters douse a car engulfed in flames on the southbound 405 Freeway in Carson on Tuesday, May 5, 2015. (KABC)

CARSON, Calif. (KABC) -- At least one person was transported to a hospital following a fiery crash on the 405 Freeway in Carson early Tuesday morning.

The crash, which involved two vehicles, occurred on the southbound side of the freeway near the Alameda Street exit shortly after 4 a.m. At one point, one car was fully engulfed in flames.

California Highway Patrol officials said one person was taken to an area hospital with major injuries. The person's exact condition was not immediately known.