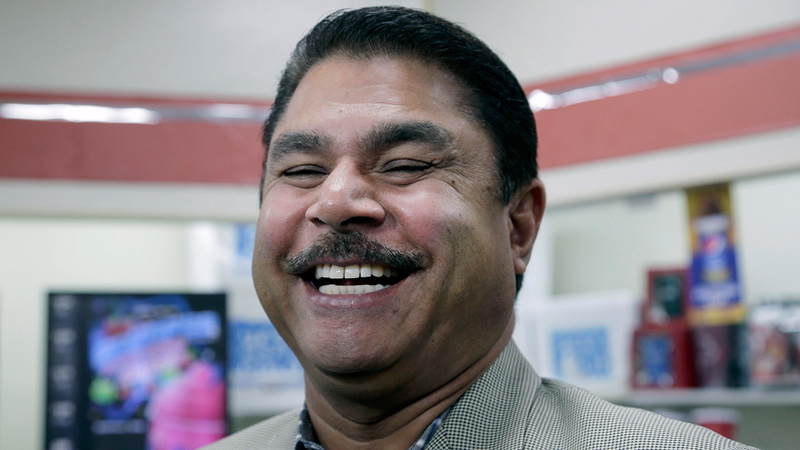 CHINO HILLS, Calif. (KABC) -- The owner of a 7-Eleven in Chino Hills that sold one of three winning Powerball jackpot tickets was presented with a $1 million check Thursday.

Balbir Atwal came to the United States from India in 1981. He previously worked as a salesman for an electronics company and decided he wanted to start his own business. So at age 27, he bought his first 7-Eleven. He now owns four stores.

A jackpot-winning ticket was sold at Atwal's store located at 4092 Chino Hills Parkway in Chino Hills. He says he plans to share his winnings with employees, friends and family, and give some to charity.

"Thanks to my community, they help me always," Atwal said while accepting a symbolic check during an 11 a.m. press conference.

The other winning tickets were sold in Tennessee and Florida.

California also had 12 tickets match five of the six numbers in Wednesday's drawing.

Powerball is a multistate game played in 44 states, plus the District of Columbia, Puerto Rico and the U.S. Virgin Islands. The odds of winning are one in 292.2 million.