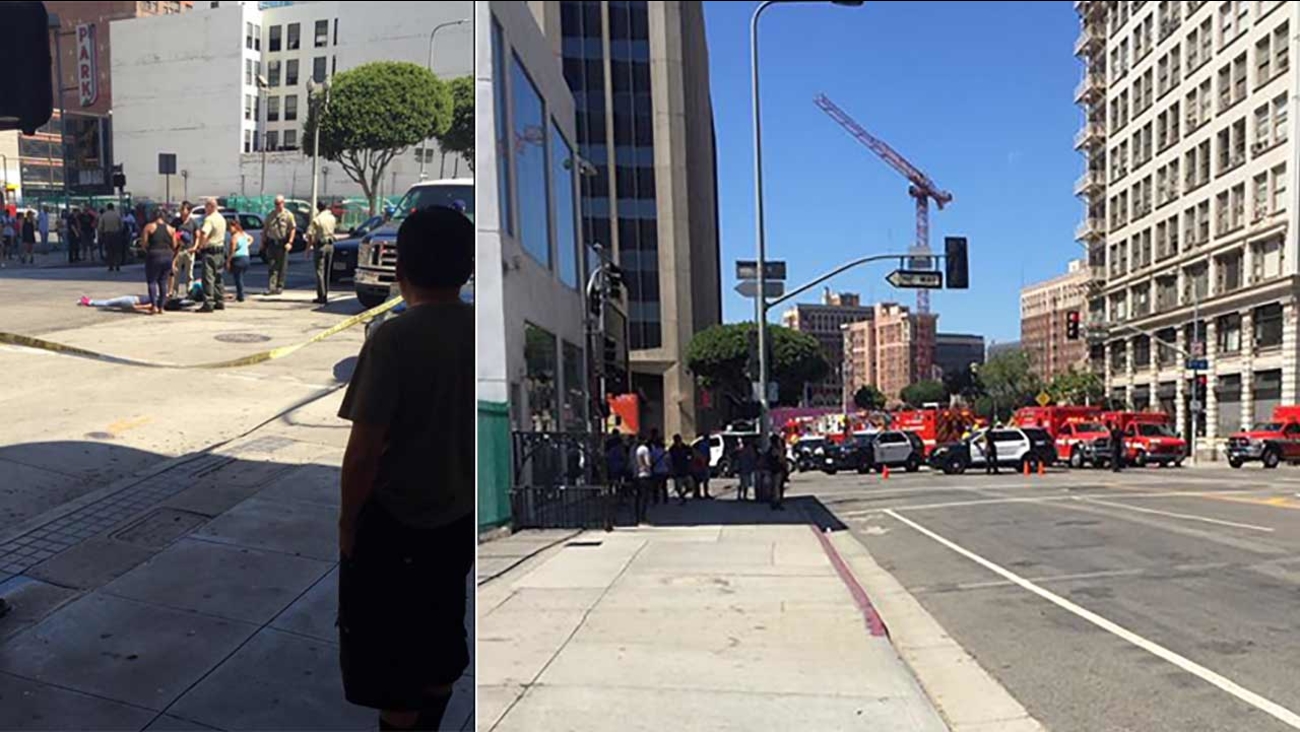 Police respond to a hit-and-run crash in the 800 block of Main Street in downtown Los Angeles on Saturday, Aug. 15, 2015. (Courtesy of Jay Thompson)

DOWNTOWN LOS ANGELES (KABC) -- Seven people were injured Saturday morning after a man being followed by police struck two pedestrians and then collided with a vehicle in downtown Los Angeles, police said.

The suspect allegedly ran a red light near 4th and Wall streets at about 10:45 a.m. As a motorcycle officer was about to pull the suspect over, he struck two pedestrians who were walking near the intersection of 8th and Main streets.

The two pedestrians, a 13-year-old girl and her mother, were transported to a local hospital with non-life threatening injuries.

Police say the suspect continued on about a block toward 9th and Main streets, where he struck a parked car with four people inside. The four victims and the suspect were transported to a local hospital with non-life threatening injuries.

The 35-year-old suspect was booked for felony hit-and-run. Investigators are working to determine if alcohol or drugs may have played a role in the crash.