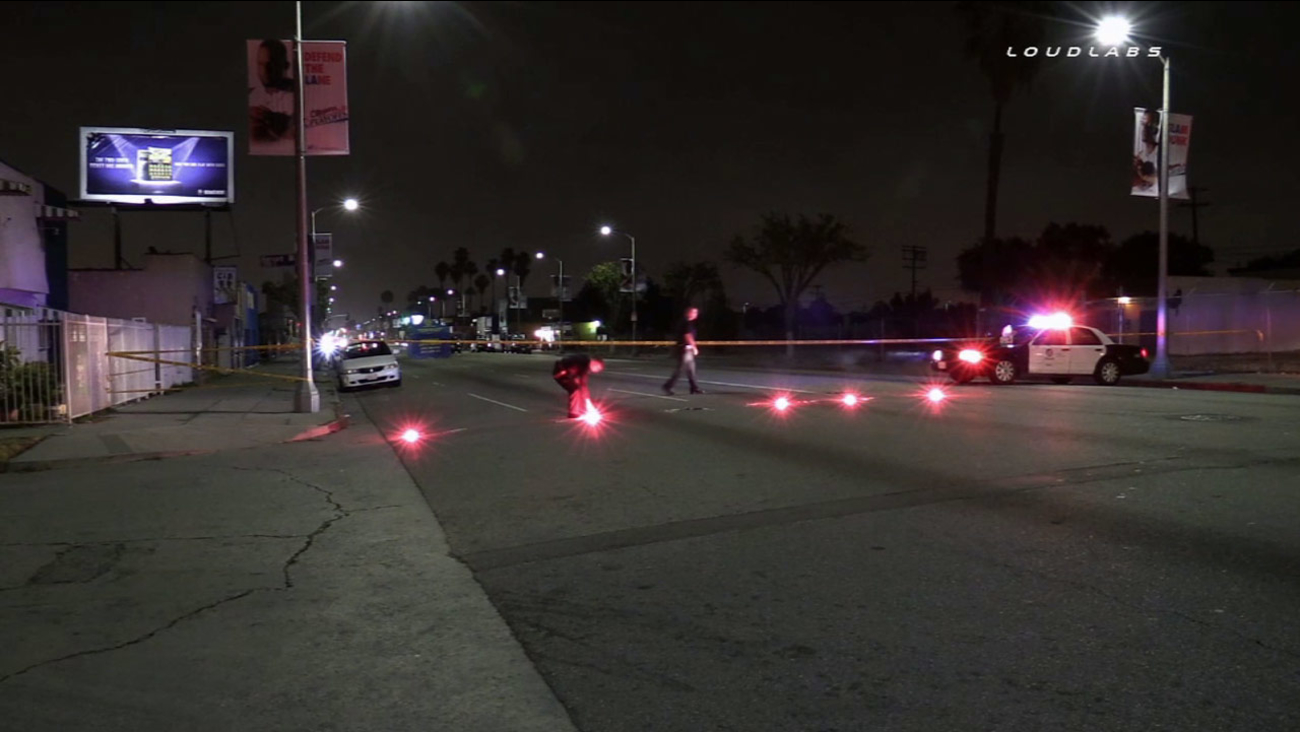 Authorities cordon off the street with road flares after a woman was killed while crossing the street in a hit-and-run crash in South Los Angeles on Saturday, May 16, 2015.

SOUTH LOS ANGELES (KABC) -- A 41-year-old woman who was crossing the street near West Florence and La Salle avenues was killed after being struck by two cars Saturday night.

The woman, identified as Ruth Duarte, was crossing the street when she was struck around 8:11 p.m. Authorities said Duarte was not in the crosswalk when she was hit.

One of the drivers who hit her remained at the scene and cooperated with police. No drugs or alcohol were involved in the crash. No arrest was made, according to the Los Angeles Police South Traffic Division.