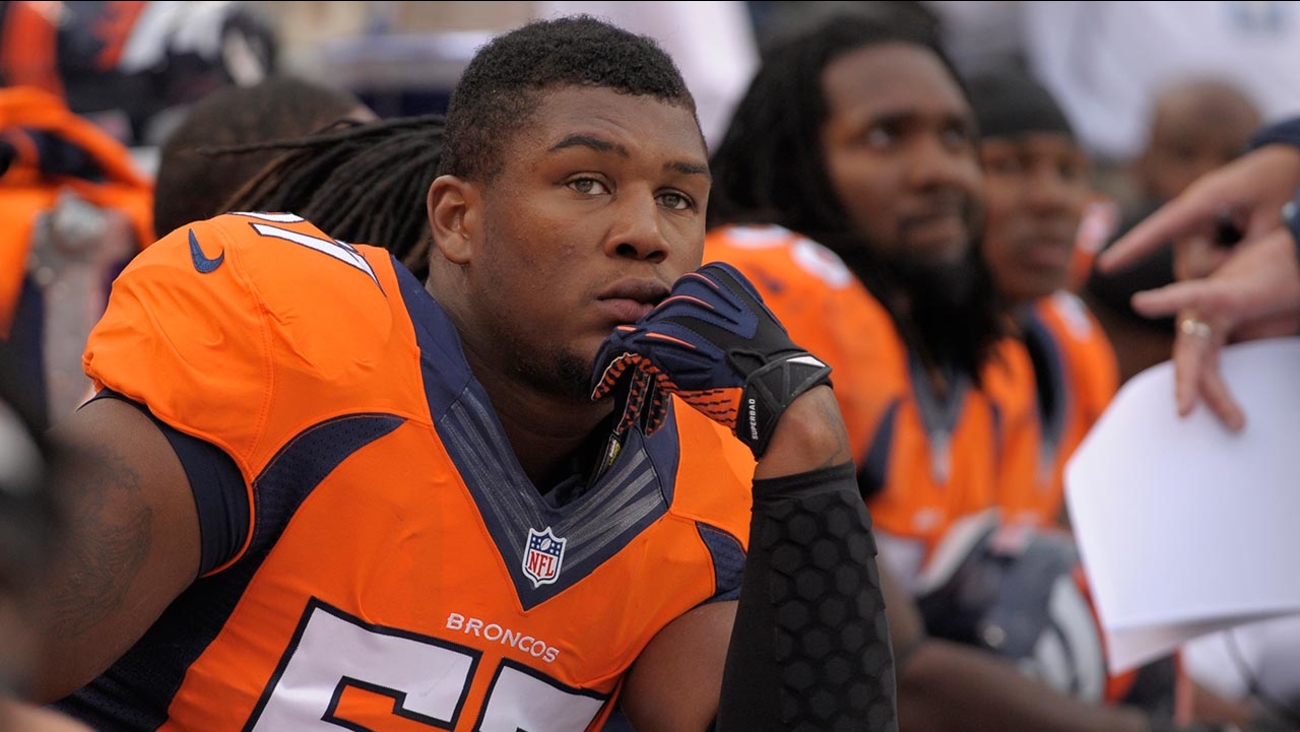 Adrian Robinson, playing for the Denver Broncos, looks on against the Philadelphia Eagles Sunday, Sept. 29, 2013, in Denver. (AP Photo/Jack Dempsey)

The Tiger-Cats and Robinson's representatives announced the death Sunday. They didn't provide details.

"Adrian was a beloved father, son, brother, friend and teammate," the Symmetry agency said on Facebook.

Robinson signed with Hamilton as a free agent April 27. He appeared in 12 games for the Pittsburgh Steelers in 2012.

In 2013, he played six games for the Denver Broncos and two for the San Diego Chargers. He also had a brief off-season stint with the Philadelphia Eagles.

From Harrisburg, Pennsylvania, Robinson had 156 tackles and 22 1/2 sacks in 50 games for Temple. In 2009 in his sophomore season, he was honored as the Mid-American Conference defensive player of the year. He had 14 tackles for losses and 12 sacks that season.