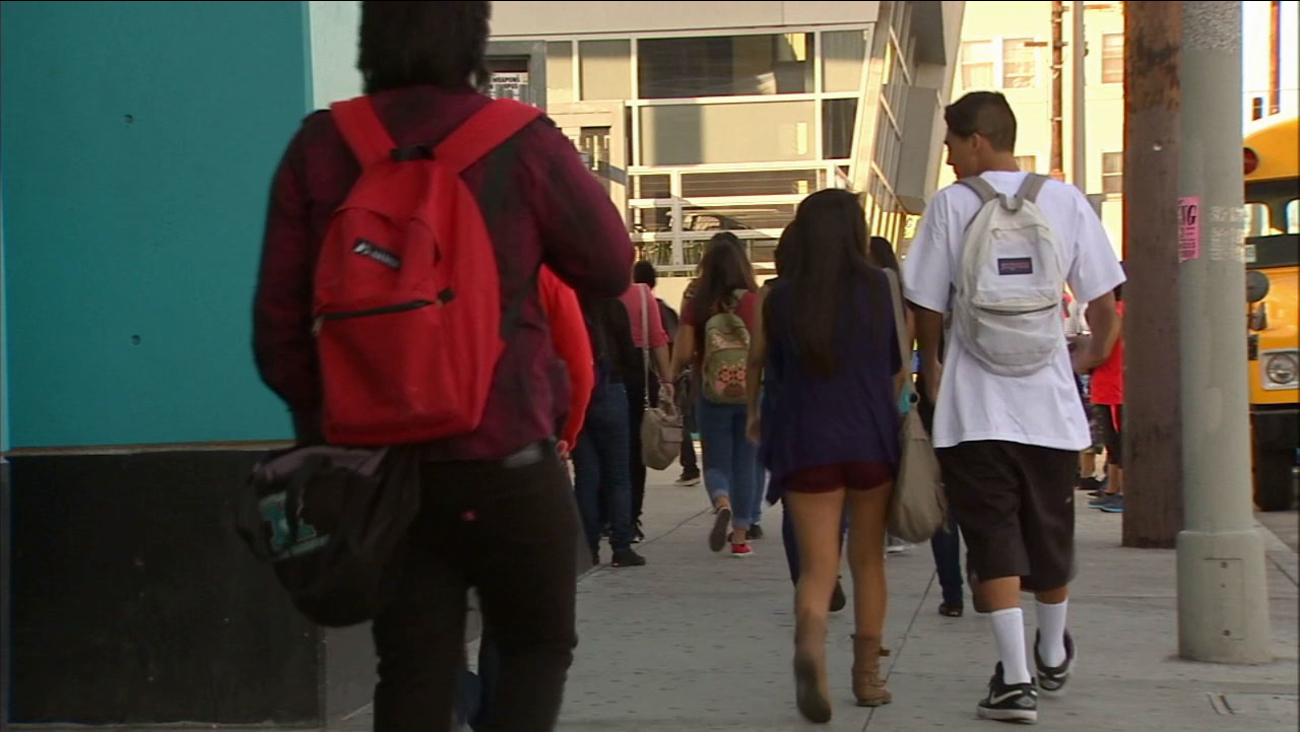 LAUSD students are seen in this undated file photo. (KABC)

LOS ANGELES (KABC) -- The guardian of a 14-year-old girl who was allegedly sexually assaulted at school has filed a lawsuit, claiming that the school principal said she was too busy to help when notified during the attack.

The lawsuit seeks unspecified damages for negligence and violation of the state Education Code. It claims the girl, then 13, was walking with two others girls at Samuel Gompers Middle School in South Los Angeles at about 2 p.m. April 22, 2014, when a group of boys grabbed her by the hair and dragged her into the boys' locker room.

A district employee heard the girl's screams, but did not immediately help, the suit claims.

One of the girl's friends went to get help and ran into the principal, Stacy Gholar, who allegedly told the friend she was late to a meeting and didn't have time to help, the suit alleges.

The boys ran off when they heard someone's voice and the plaintiff ran into a classroom and told her teacher, who told her to go to the school's office, the suit said.

It wasn't until her mother picked her up that the girl was taken to a hospital in Lynwood and given any medical assistance, the suit said.