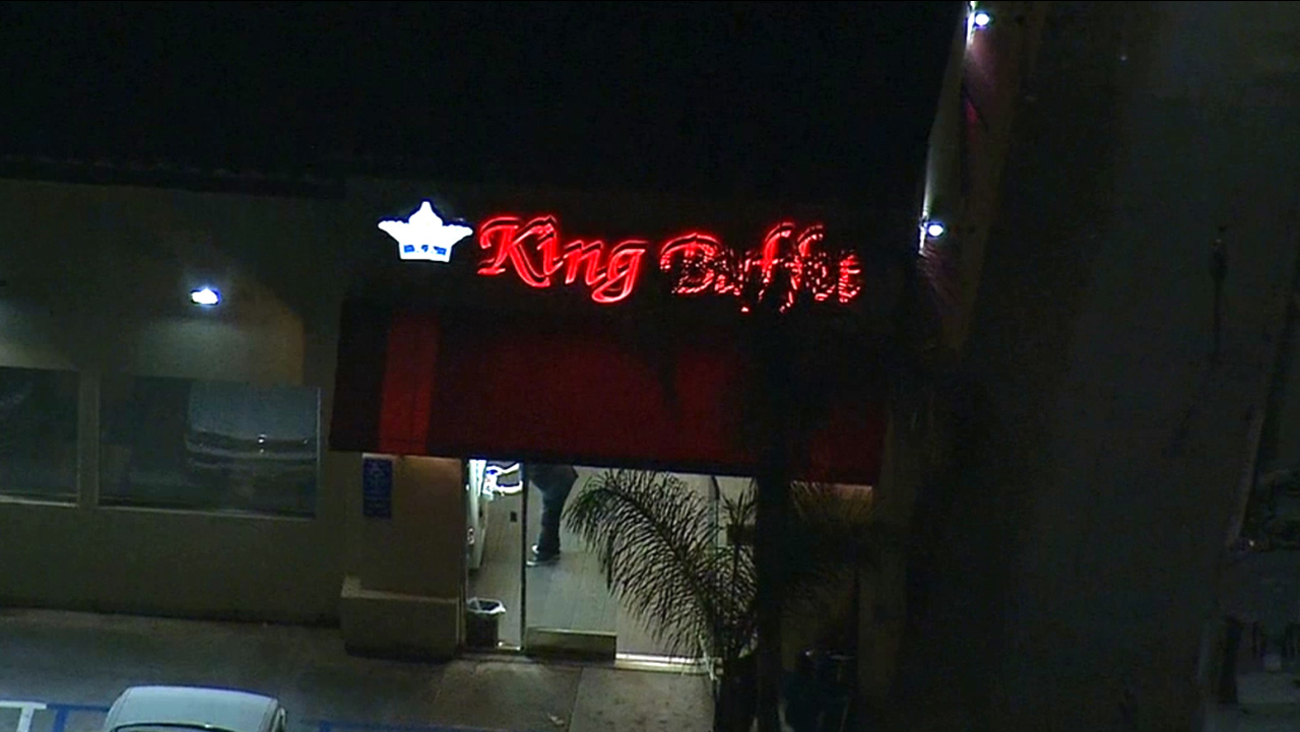 Two pedestrians were struck in a hit-and-run crash near King Buffet in Hollywood on Friday, May 29, 2015.

HOLLYWOOD, LOS ANGELES (KABC) -- Two women were taken to a hospital after being struck while walking in a crosswalk in Hollywood on Friday night.

The crash was reported at about 8:30 p.m. in the 1300 block of North Western Avenue. The driver allegedly did not see the two women.

Los Angeles police initially reported the accident as a hit-and-run, but it was later discovered that the driver remained at the scene.