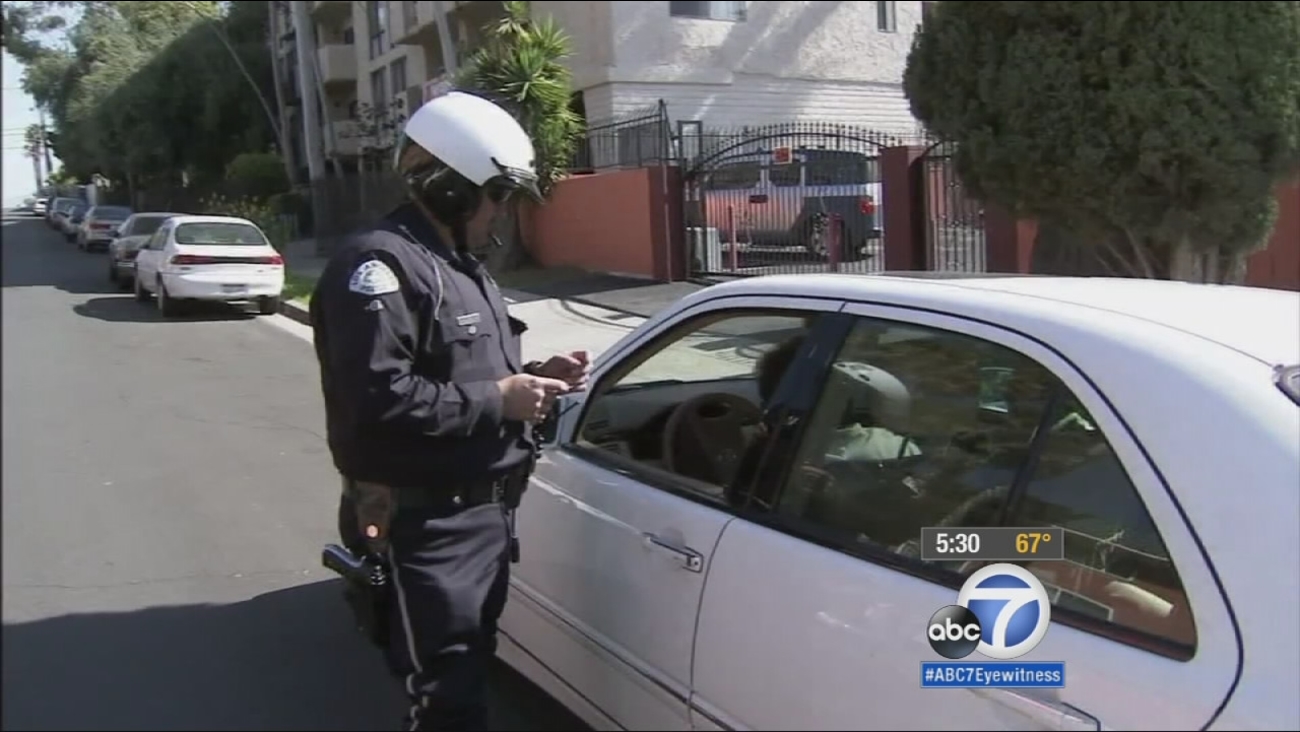 A police officer is seen speaking to a driver in this file photo. (KABC) 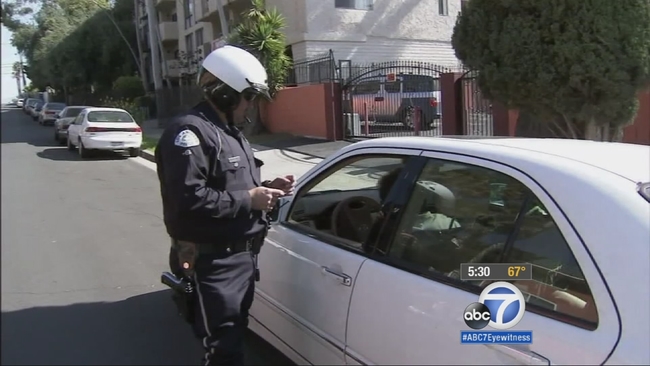