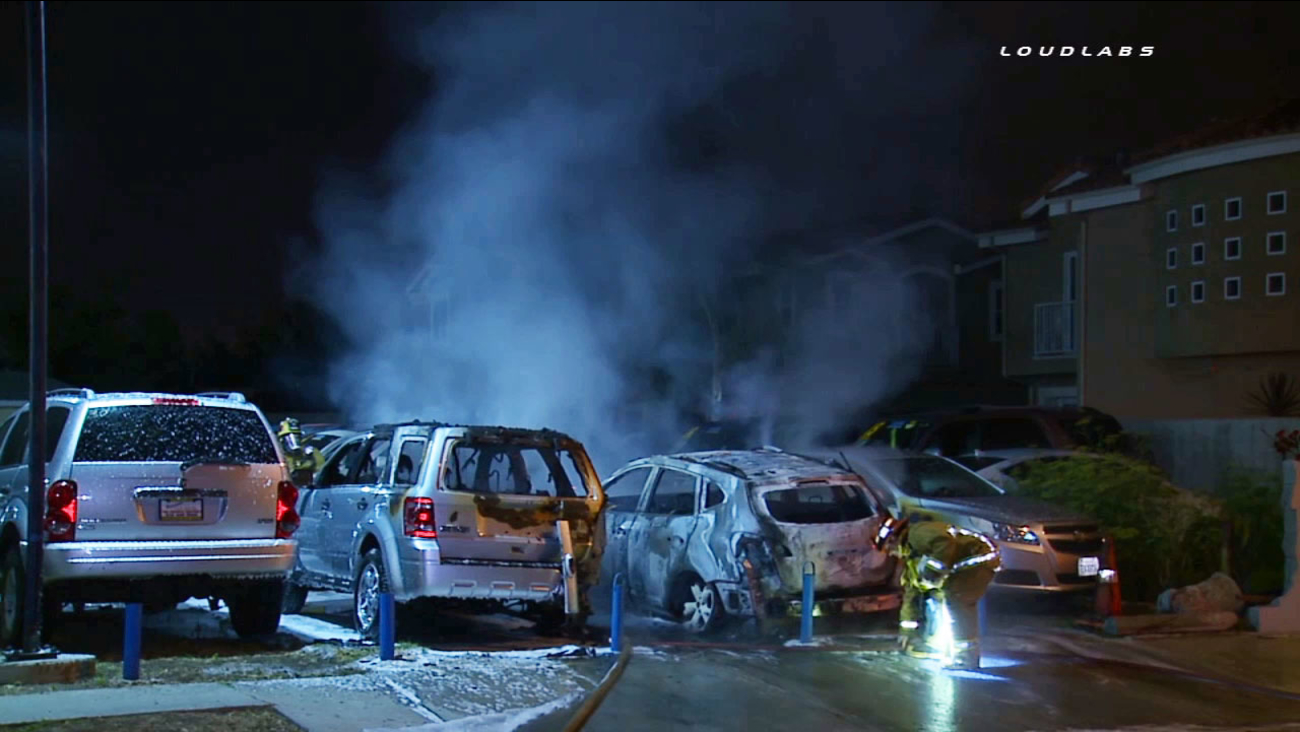 An investigation is underway after police say someone set a vehicle on fire at a car dealership in Hawthorne on Wednesday, June 10, 2015. (KABC)

HAWTHORNE, Calif. -- An investigation is underway after police say someone set vehicles on fire at a car dealership in Hawthorne early Wednesday morning.

The blaze broke out shortly after 1 a.m. at Prairie Avenue and 119th Street.

Firefighters said two cars were completely engulfed when they arrived on scene. It took about 45 minutes to put the flames out.

Hawthorne police said the fire started with one car but spread to possibly three vehicles in the used car lot.