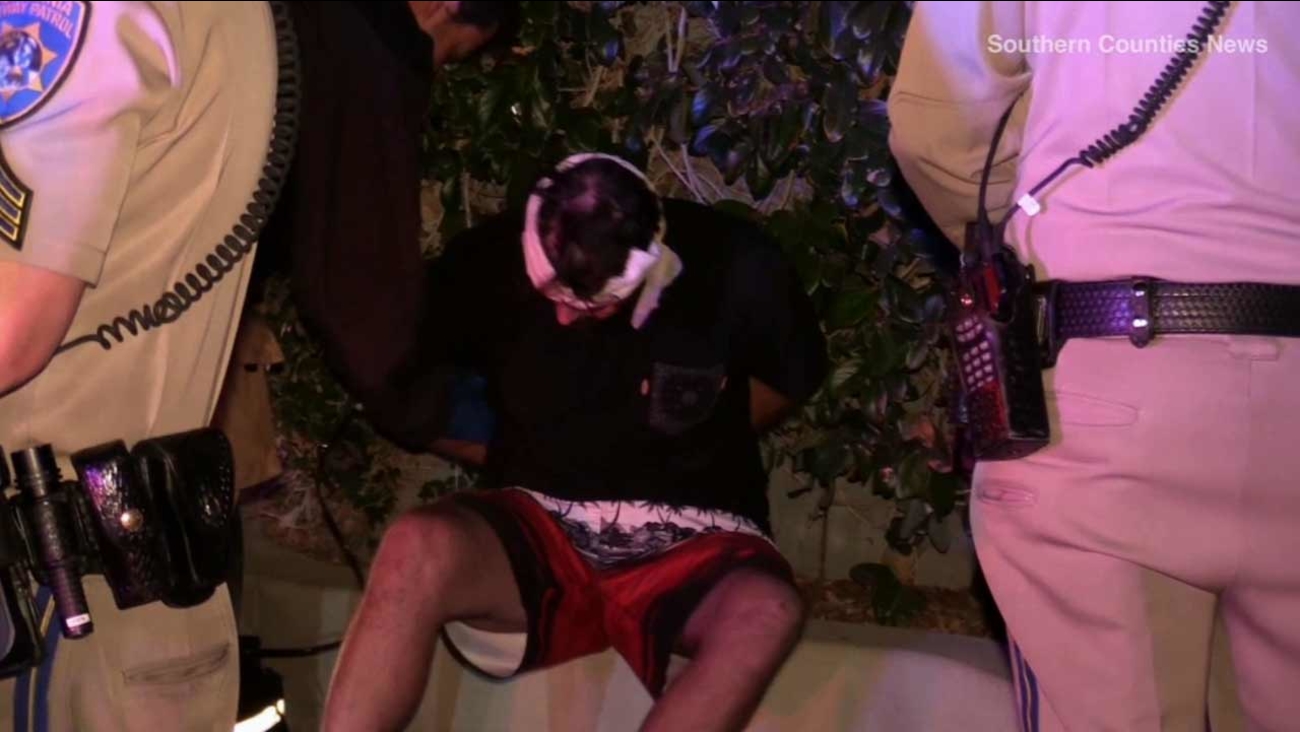 A suspect was taken into custody near Pacific Avenue and Wilson Street in Costa Mesa Saturday, June 13, 2015 after leading officers on a high-speed chase.

COSTA MESA, Calif. (KABC) -- A suspect was taken into custody Saturday night after leading officers on a high-speed chase across Orange County in a minivan with three children inside.

The pursuit started on Ortega Highway near Ronald W. Caspers Wilderness Park in San Juan Capistrano and ended at about 8:30 p.m. near Pacific Avenue and Wilson Street in Costa Mesa when the driver jumped out of the car and was arrested by officers.

The suspect drove through red traffic lights and reached speeds of up to 85 mph.

It's not clear if the woman and the three children inside the van suffered any injuries. The relationship between the driver and his passengers was not immediately clear.

Officers said they initially pursued the suspect after a witness called authorities and reported seeing a fight going on in the minivan.