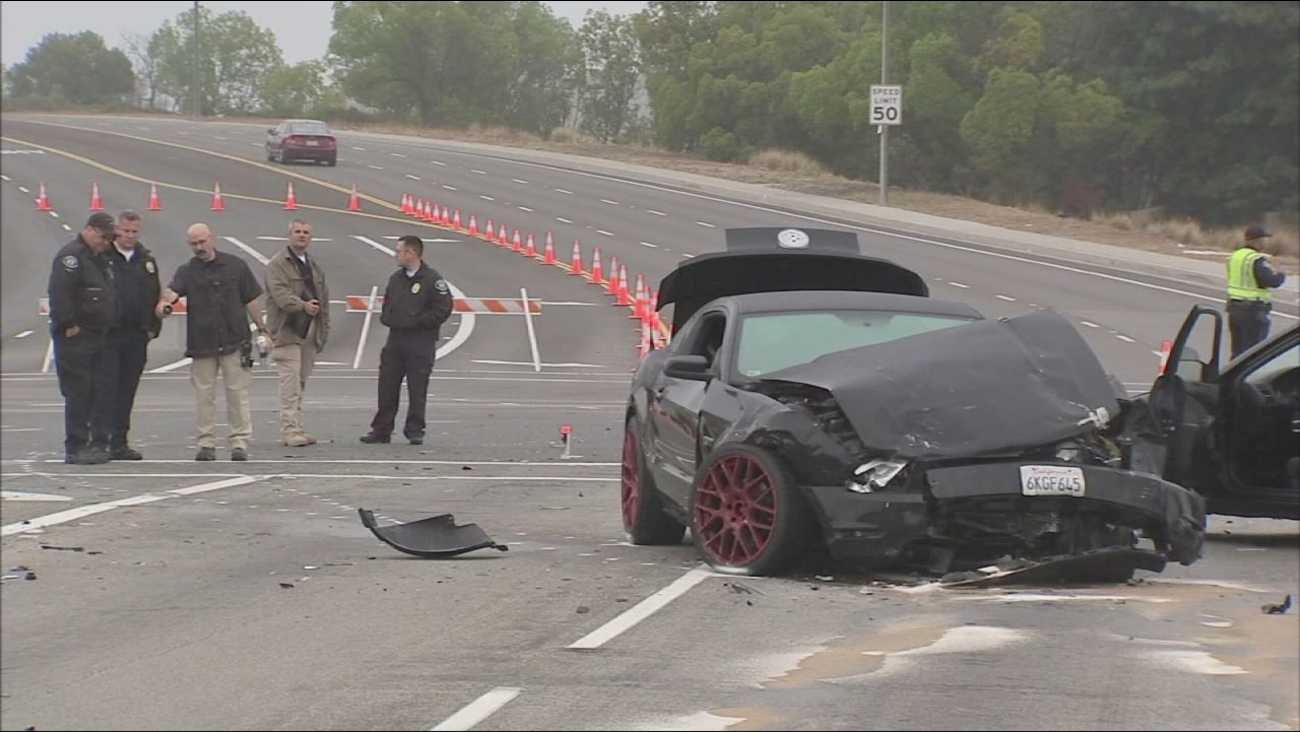 Two cars involved in a multiple-vehicle wreck are shown at at Alton and Barranca parkways in Irvine on Thursday, June 11, 2015. (KABC) 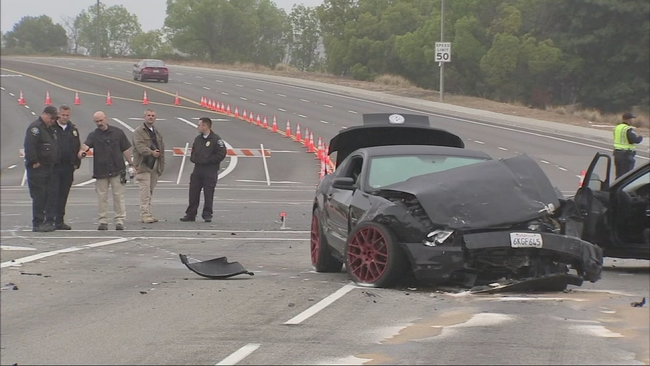 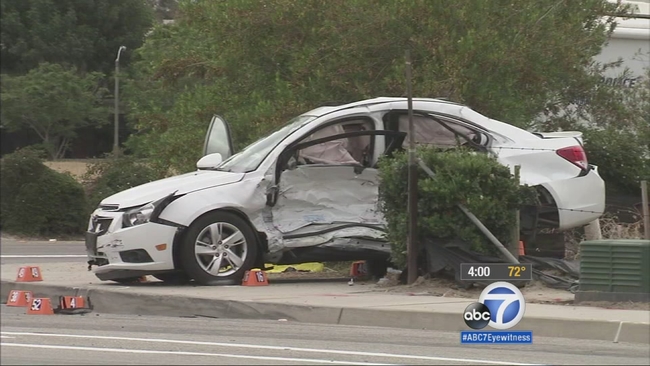