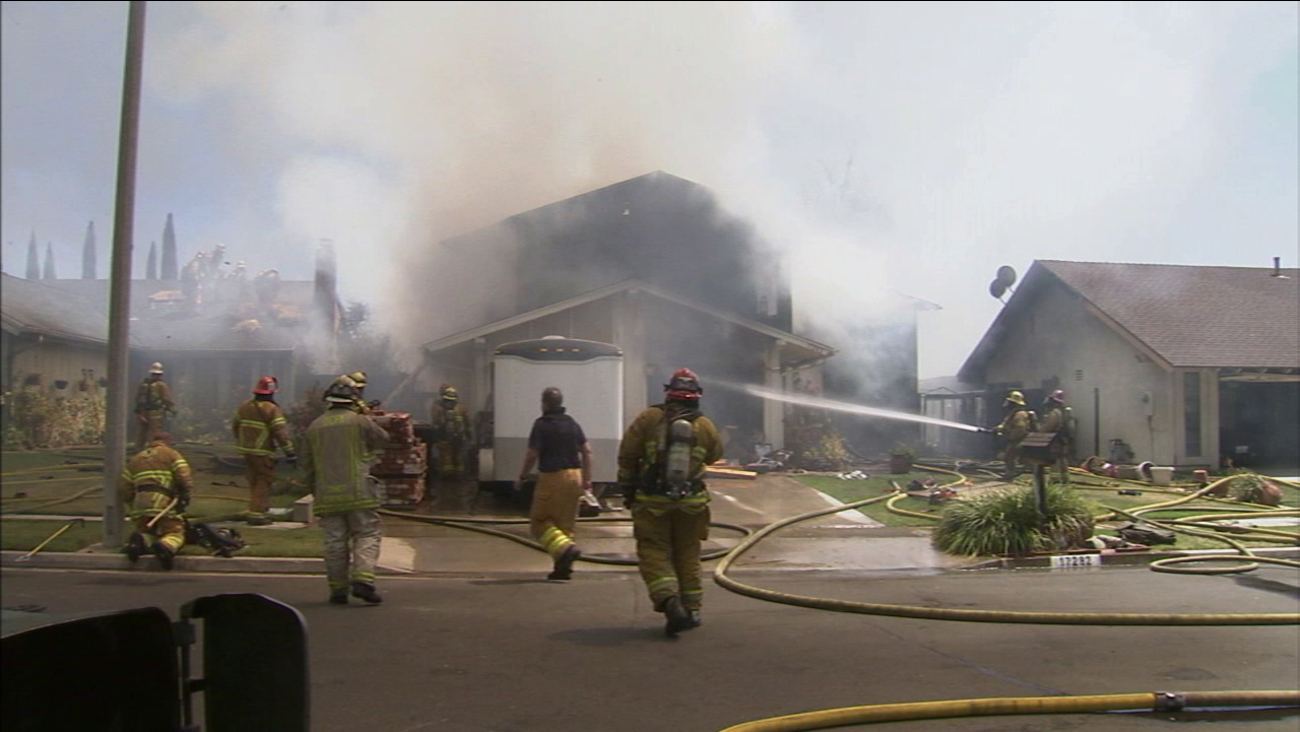 "It sounded like fireworks ... like at Disneyland during the grand finale. Everything was going off at one time," said 17-year-old neighbor Mikey Caldwell, whose mother called 911.

Firefighters says they had to keep their distance because of the live ammunition, which included 28 rounds, 38 rounds, 357 rounds, shotgun rounds and gun powder.

"The first thing that came to mind was, 'Is there anybody in there?' I was scared of that," said neighbor Ryley Horton.

Greg Brooks says he saw the smoke and ran over to the house to help the homeowner.

"He was trying to put the fire out with a garden hose. We were trying to get him out," he said.

The homeowner, who is in his early 60s, suffered minor smoke inhalation, but refused to be taken to the hospital, said Concialdi.

Authorities say the fire was fueled by the large amount of material in the home. Firefighters pulled piles of household goods, including about 200 guitars and amplifiers from inside the home.

The fire quickly spread to the roofs and attics of two houses on either side.

It took 90 firefighters about an hour and a half to get the fire under control.

Three homes were red-tagged. The damage estimate is more than $1 million, including the contents of the house where the fire started.

The Orange County Sheriff's Department bomb squad carefully removed boxes of ammunition from the garage so it could be disposed of safely.