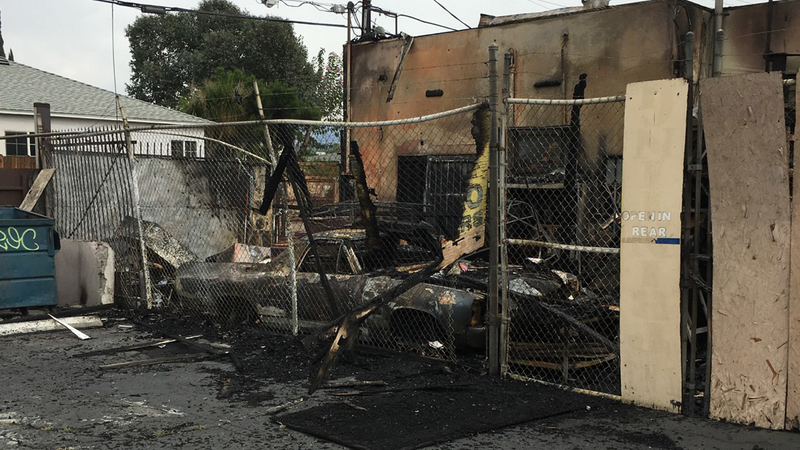 Eight suspicious fires broke out in the area around 3 a.m., ranging from a dumpster fire, a mattress on fire laid on top of a car and outside structures burning next to a commercial building.

Firefighters were able to extinguish all the fires with minimal damage, and no injuries were reported.

Authorities suspect the fires were started by an arsonist.

"They combed through debris, they performed investigations, they interviewed people, even detained some individuals of interest, questioned them; however, they've been released," said Erik Scott with the LAFD.