Alvaro Mato-Rizo, 30, of Bell Gardens, is seen in an undated file photo. (KABC)

Los Angeles police have yet to release details of the arrests except to say that two suspects were taken into custody. They were set to provide more information at a news conference scheduled for Wednesday afternoon.

Alvaro Mato-Rizo, 30, of Bell Gardens, was working at a taco cart when a red vehicle stopped in the street at the intersection of 51st Street and McKinley Avenue June 19.

According to police, three suspects got of the car and approached Mato-Rizo, possibly to rob him. One of the suspects pointed a gun at him and shot him in the face.

The suspects then got in the car and fled the area. Mato-Rizo was pronounced dead at the scene. 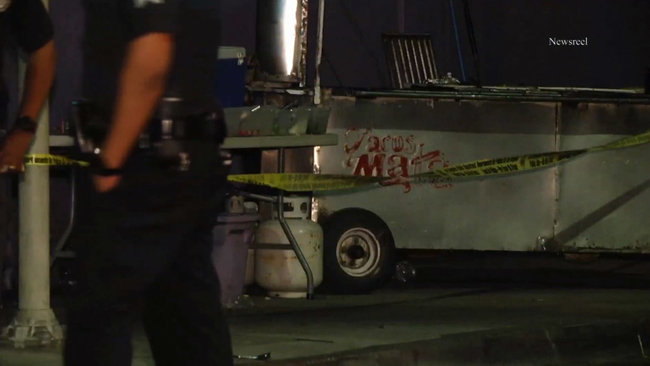