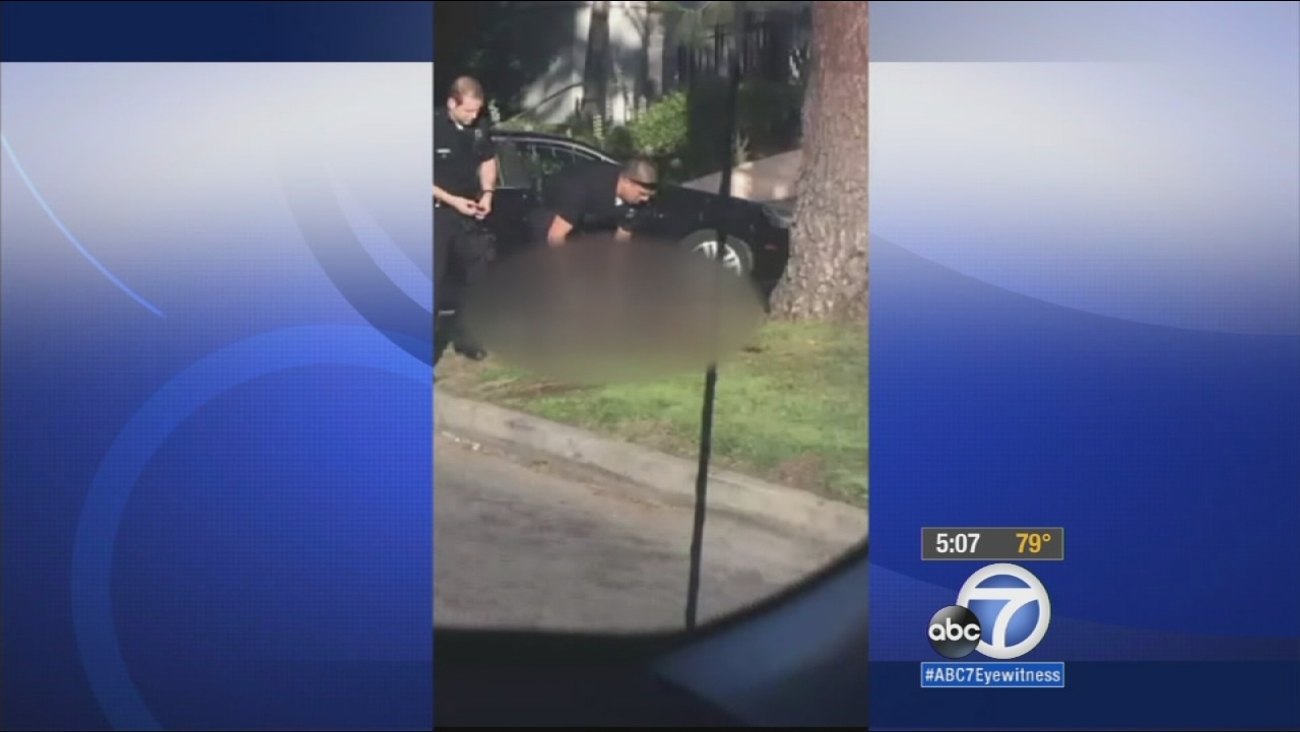 A man with his arm wrapped in a gray cloth who was shot by police officers in Los Feliz remained in critical condition Monday. (KABC)

LOS ANGELES (KABC) -- Los Angeles police identified Friday the officer who shot an unarmed man who had his arm wrapped in a gray cloth in Los Feliz.

LAPD Officer Cairo Palacios graduated from the Los Angeles Police Academy in 2006, and his partner, who was not identified, graduated in 2007.

Both officers previously worked in the General Services Department, Office of Public Safety, which was dedicated to patrolling the city's parks and facilities. That unit merged in 2013 with the LAPD. The officers were then assigned to the Security Services Division in LAPD doing similar work.

On June, 19, LAPD officers in a patrol vehicle were heading eastbound on Los Feliz Boulevard, when Walter Deleon began walking toward them in "an aggressive manner," police officials said. He allegedly had one of his hands wrapped in some type of cloth or towel, which they believed to be a gun.

The officers told Deleon to drop the gun, but he didn't respond and an officer-involved shooting occurred, police officials said. No officers were injured and no gun was found.

Cellphone video showed the man on the ground, bleeding from his head, after being shot by police. Police then turned him around and handcuffed him.