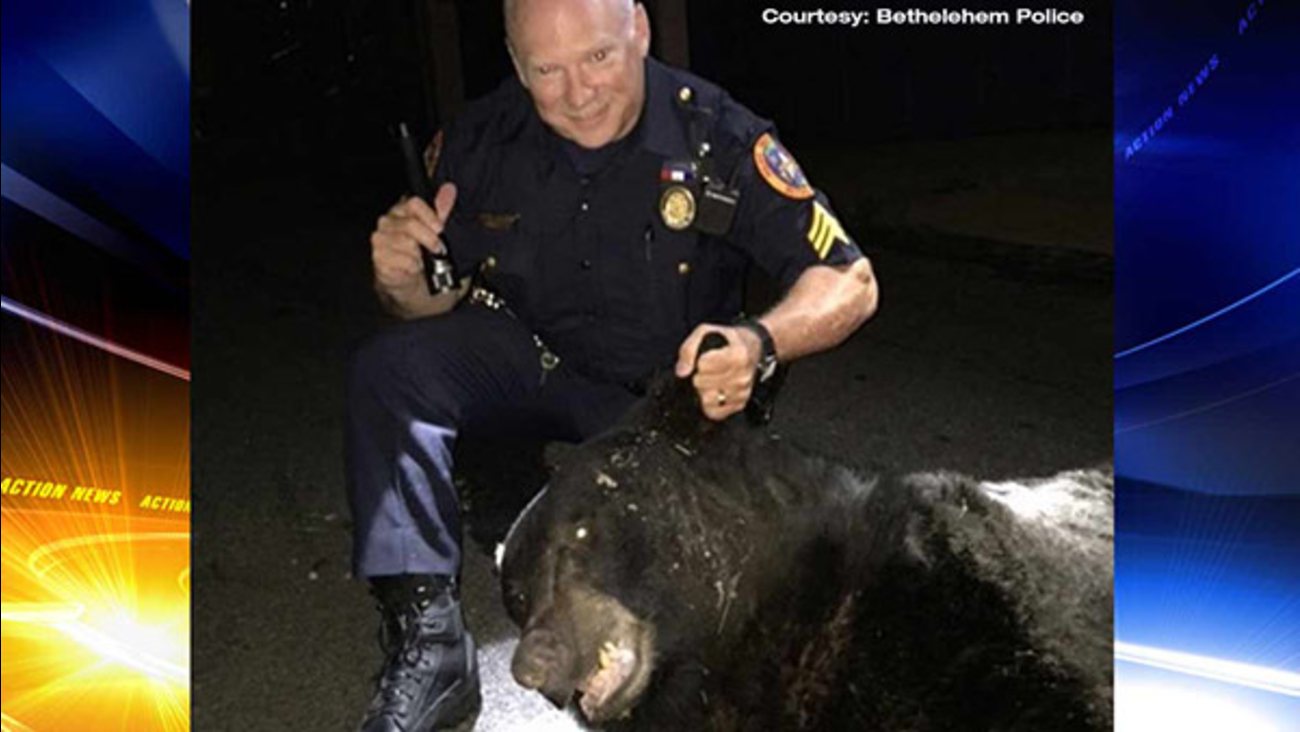 BETHLEHEM, Pa. -- A college party got a little wild when a black bear showed up.

The black bear, weighing between 300 and 400 pounds, crashed the party early Saturday near the campus of Lehigh University.

Emergency officials received a flood of 911 calls after the bear was spotted around 2 a.m. in south Bethlehem, about 50 miles north of Philadelphia.

The bear "lumbered close to the party and scared the living daylights out of people," police Chief Mark DiLuzio said.

Lehigh University said in a "Bear Update" on its website that the animal was captured, tranquilized and removed from the area a couple hours later.

DiLuzio said the same bear was seen Friday near an arena and the university's athletic facilities, but it ran away into a swampy area.

Tyler Krieder, district officer of the Pennsylvania Game Commission, said a tattoo on the bear's inner lip indicates that it was from New Jersey. Noting that bears are good swimmers, he theorized that the animal swam across the Delaware River to find a new home.

"The bear wasn't any threat to anybody," he said. "It was just looking for somewhere to eat, take a break."

Encroaching development often prompts bears to leave their ranges, and it's not unusual for them to stray into populated areas on their way to a new home, Kreider said. And while young bears can wander into neighborhoods in the spring as they strike out on their own, adult bears also move around this time of year because it is mating season, he said.

The bear remains in the custody of the game commission and is doing fine, Krieder said. Pennsylvania and New Jersey authorities will discuss on which side of the river the animal will be released, he said.
Related topics:
pennsylvaniabearcollege
Copyright © 2021 by The Associated Press. All Rights Reserved.
More Videos
From CNN Newsource affiliates
TOP STORIES