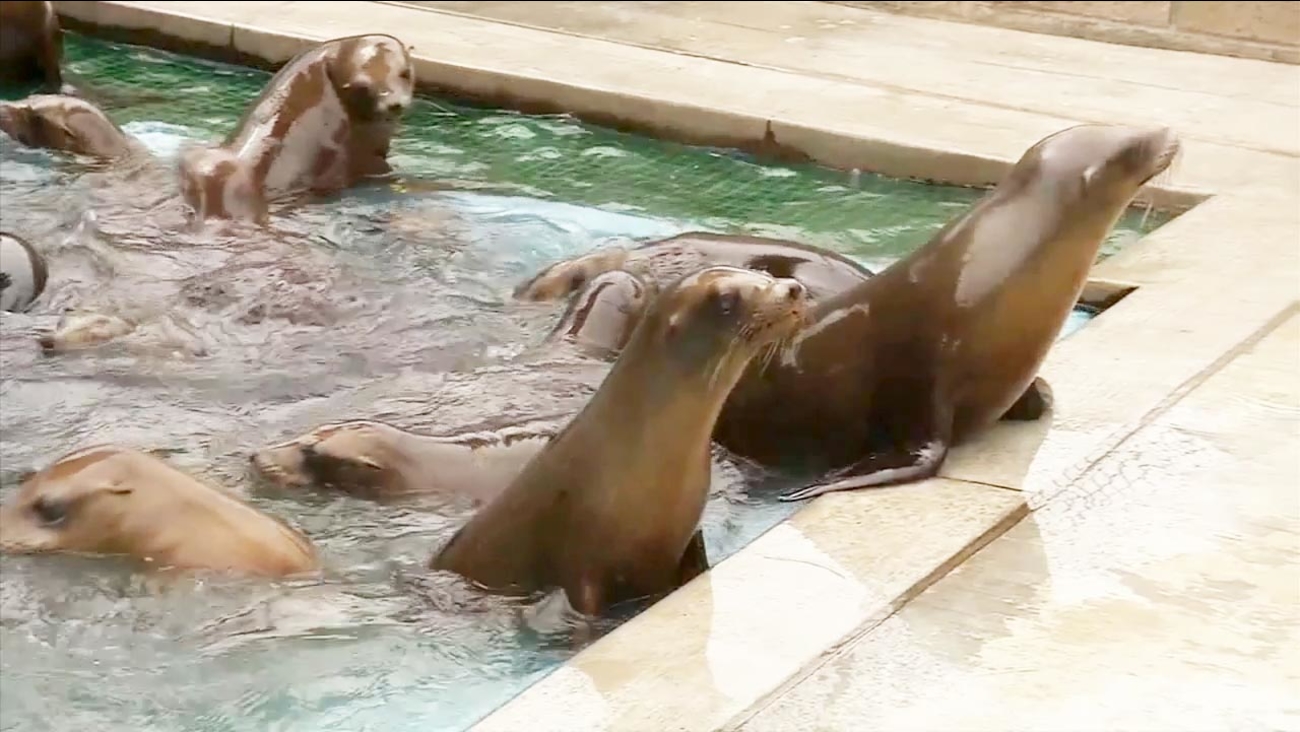 Sea lions are shown in this undated file photo. (KABC)

LAGUNA BEACH, Calif. (KABC) -- Investigators say the over-chlorination of a pool at the Pacific Marine Mammal Center that sickened more than a dozen sea lions in April was an accident.