Man shot outside Bank of America in South Los Angeles 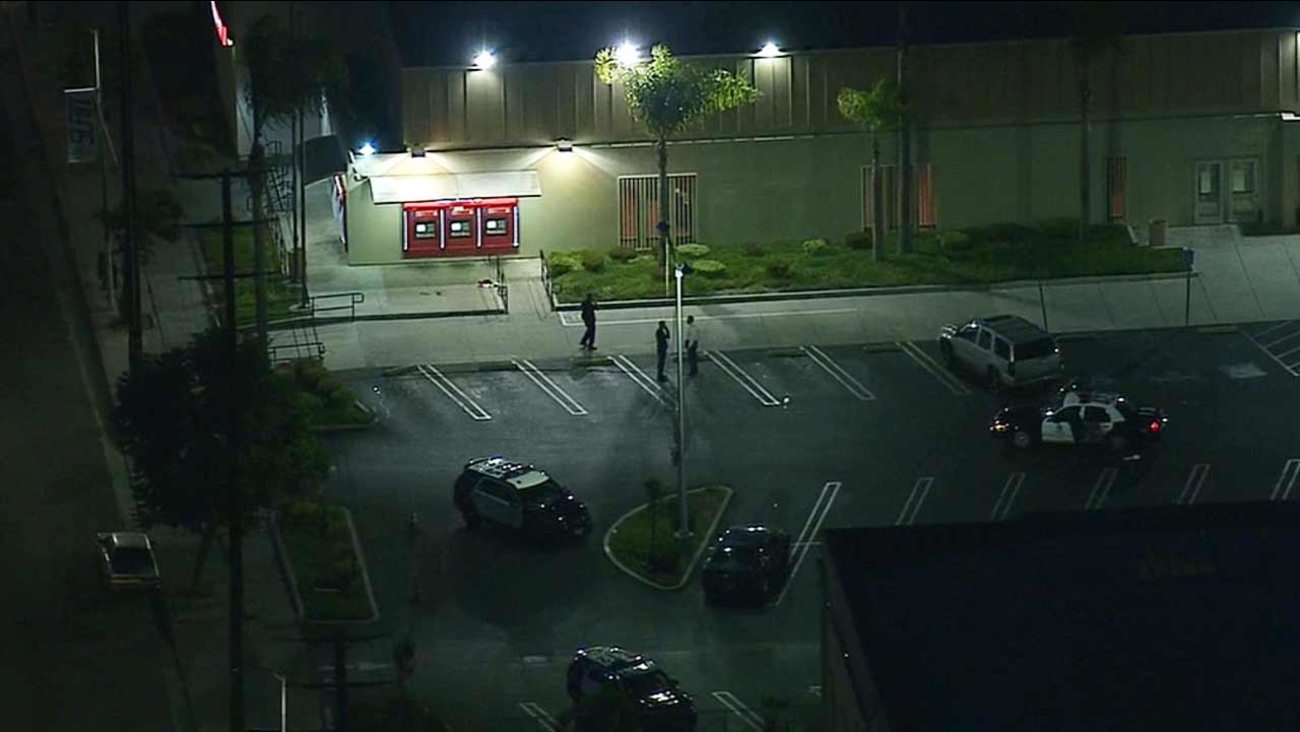 Police respond to the scene of a shooting outside of a Bank of America near Gage Avenue and Avalon Boulevard in South Los Angeles Monday, July 13, 2015.

SOUTH LOS ANGELES (KABC) -- A suspect was arrested after allegedly shooting a man in the back outside of a Bank of America in South Los Angeles Monday night.

The shooting occurred near Gage Avenue and Avalon Boulevard.

The victim was using the ATM when he became involved in a verbal dispute with the suspect. The dispute escalated into a physical altercation and that's when the suspect shot the victim in the back once.

The victim was transported to California Hospital Medical Center. He was said to be conscious and breathing. The suspect, a male Hispanic in his 60s, fled the scene in a blue Camry, police said. He was apprehended near 76th and Main streets.