Lynn Anderson, singer of 'Rose Garden,' dies in Nashville at 67 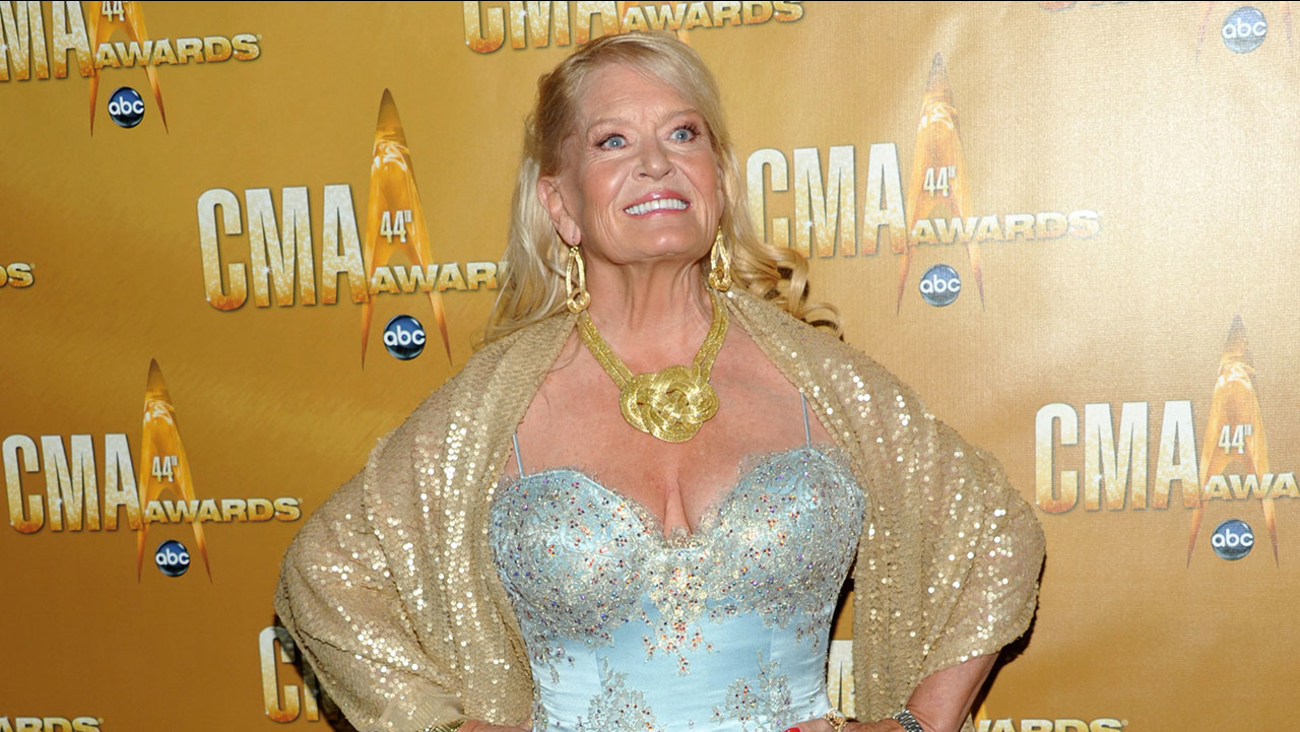 NASHVILLE, Tenn. -- Lynn Anderson, whose strong, husky voice carried her to the top of the charts with "(I Never Promised You a) Rose Garden," has died. She was 67.

A statement from the family said she passed away at Vanderbilt University Medical Center in Nashville, Tennessee, on Thursday. Her publicist said the cause of death was cardiac arrest.

Anderson first soaked up the national spotlight as a young singer on "The Lawrence Welk Show" between 1967 and 1969. Although she was signed to an independent label, the exposure helped her nab a deal with Columbia Records in Nashville.

"He was absolutely wholesome," she said of Welk in a 1987 interview with The Associated Press. "He felt country music was coming into its own and deserved to be on national TV. At that time, I was the only one singing country music on national TV every week. He's one of my heroes and always will be."

And it was "Rose Garden" that sealed her country music legacy, earning her a Grammy and Country Music Association's female vocalist of the year award in 1971.

"It was popular because it touched on emotions," she told the AP. "It was perfectly timed. It was out just as we came out of the Vietnam years and a lot of people were trying to recover.

"This song stated that you can make something out of nothing. You take it and go ahead. It fit me well and I'll be proud to be connected to it until I die."

She made television appearances with such stars as Lucille Ball, Bing Crosby, John Wayne and Tom Jones and she performed for presidents Nixon, Ford, Carter and Reagan. She was also in episodes of the TV show "Starsky and Hutch" and in the 1982 TV movie "Country Gold."

She returned briefly to the country Top 10 with a Gary Morris duet in 1983, "You're Welcome to Tonight."

PHOTOS: Notable deaths in 2015 - In Memoriam
See which famous faces died in 2015, including longtime ESPN anchor Stuart Scott and 'Beverly Hillbillies' actress Donna Douglas.
She was born Sept. 26, 1947, in Grand Forks, North Dakota, but raised in Sacramento, California. The daughter of country songwriters Casey and Liz Anderson, she started performing at the age of 6.

Anderson was an award-winning equestrian as a teenager, voted California Horse Show Queen in 1966.

She is survived by her father, her partner Mentor Williams and her children, Lisa Sutton, Melissa Hempel and Gray Stream.
Related topics:
arts & entertainmentfamous deathsmusic news
Copyright © 2021 by The Associated Press. All Rights Reserved.
RELATED