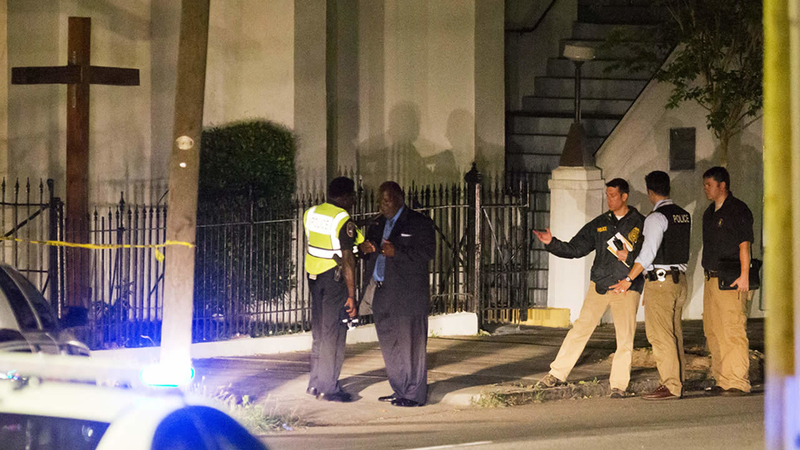 Police said that eight people were found dead inside the church. Two other people were rushed to the hospital and one died.

Authorities are still searching for the shooter, who's described as a white male in his early 20s.

The shooting is being investigated as a hate crime, according to Charleston police Chief Gregory Mullen.

He said there were survivors, but would not say how many, or how many were inside at the time of the shooting.

The "extremely dangerous" gunman remains at large. Police helicopters with searchlights were circling overhead in the area, while several pastors could be seen kneeling and praying across the street.

"The only reason that someone could walk into a church and shoot people praying is out of hate," Riley said. "It is the most dastardly act that one could possibly imagine, and we will bring that person to justice. ... This is one hateful person."

Police said they were looking for 21-year-old white man with a slender build wearing a gray hoodie, blue jeans and Timberland boots.

The campaign of GOP presidential hopeful Jeb Bush sent out an email saying that due to the shooting, the candidate had canceled an event planned in the city Thursday.

The Emanuel AME church is a historic African-American church that traces its roots to 1816, when several churches split from Charleston's Methodist Episcopal church. It's the oldest of its kind in the South, according to their website and is listed among the National Park Service's National Register of Historic Places.

One of its founders, Denmark Vesey, tried to organize a slave revolt in 1822. He was caught, and white landowners had his church burned in revenge. Parishioners worshiped underground until after the Civil War.

The shooting happened the day before the eighth anniversary of a fire at a furniture store that killed nine Charleston firefighters.

'We have done nothing,' SC state rep says 5 years after massacre 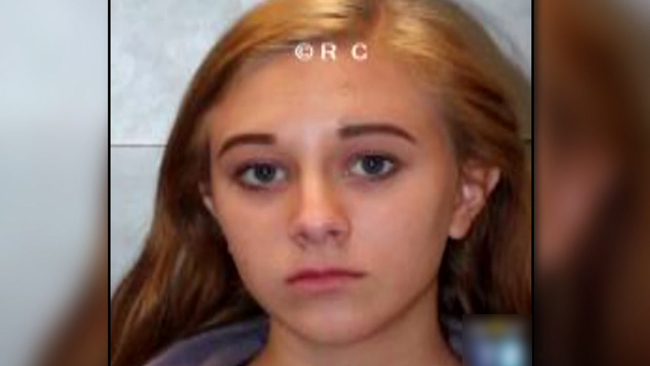 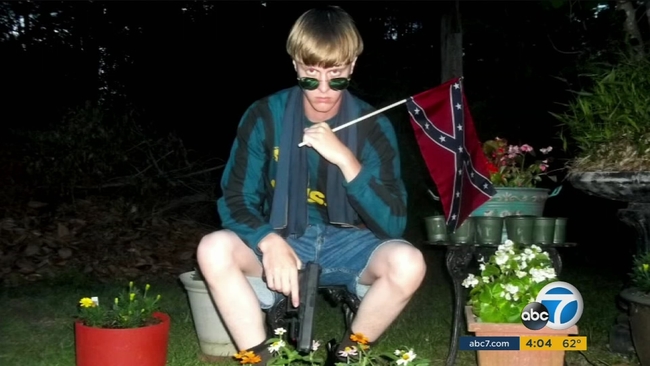