Pedestrian killed after being struck by Metrolink train in Pacoima 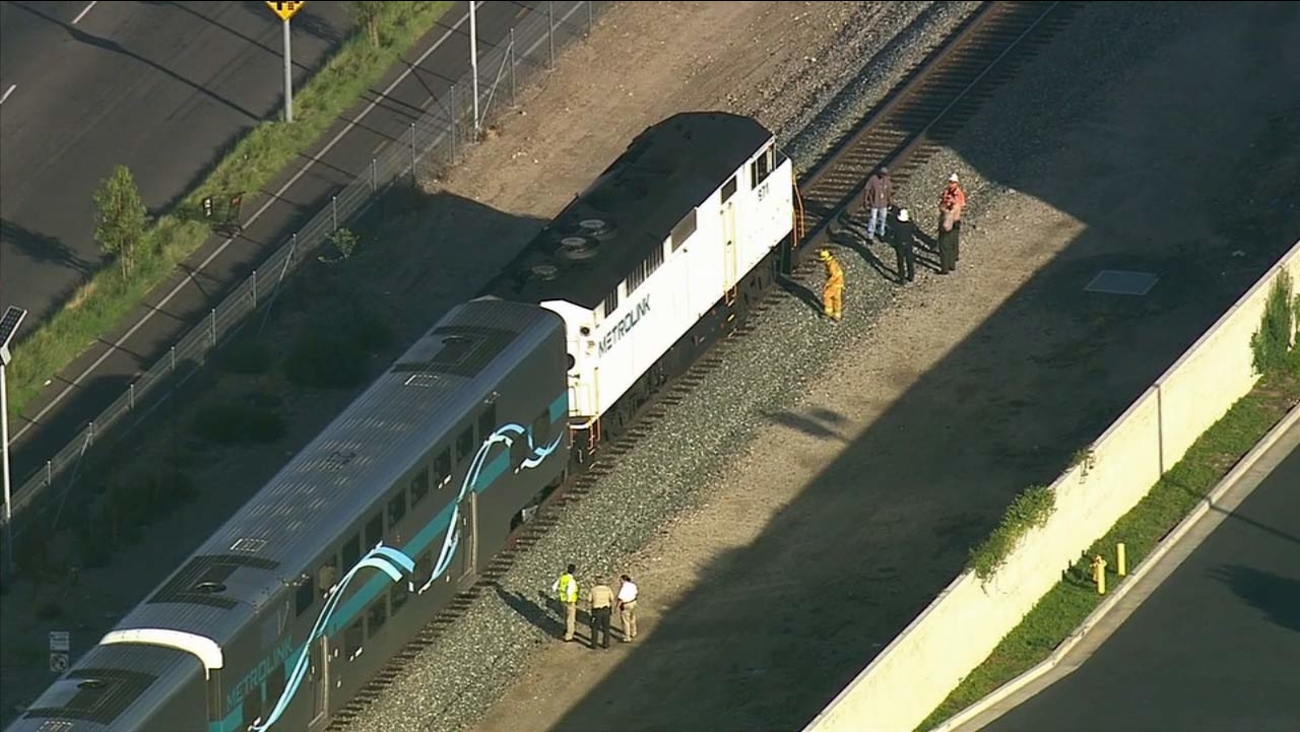 A person was killed after getting struck by a Metrolink train on the tracks in Pacoima on Monday, Aug. 17, 2015. (KABC)

PACOIMA, LOS ANGELES (KABC) -- A pedestrian was killed after getting struck by a Metrolink train on the tracks in Pacoima Monday morning.

The Los Angeles Fire Department said the incident occurred shortly after 7 a.m. in the 13000 block of West Van Nuys Boulevard.

According to a tweet from Metrolink, the individual was struck on the tracks near Sylmar by a train on the Antelope Valley Line 201 en route to Lancaster.

AV Line 201 to Lancaster struck a person on the tracks near Sylmar. Delays unknown. Updates to follow.

The coroner's office has not identified the victim, only saying the crash killed a man.

Metrolink said there may continue to be some disruption on train lines. Metro buses were provided to shuttle passengers as needed.

Update: Tracks are closed between Sylmar and Newhall. MTA buses will be provided.