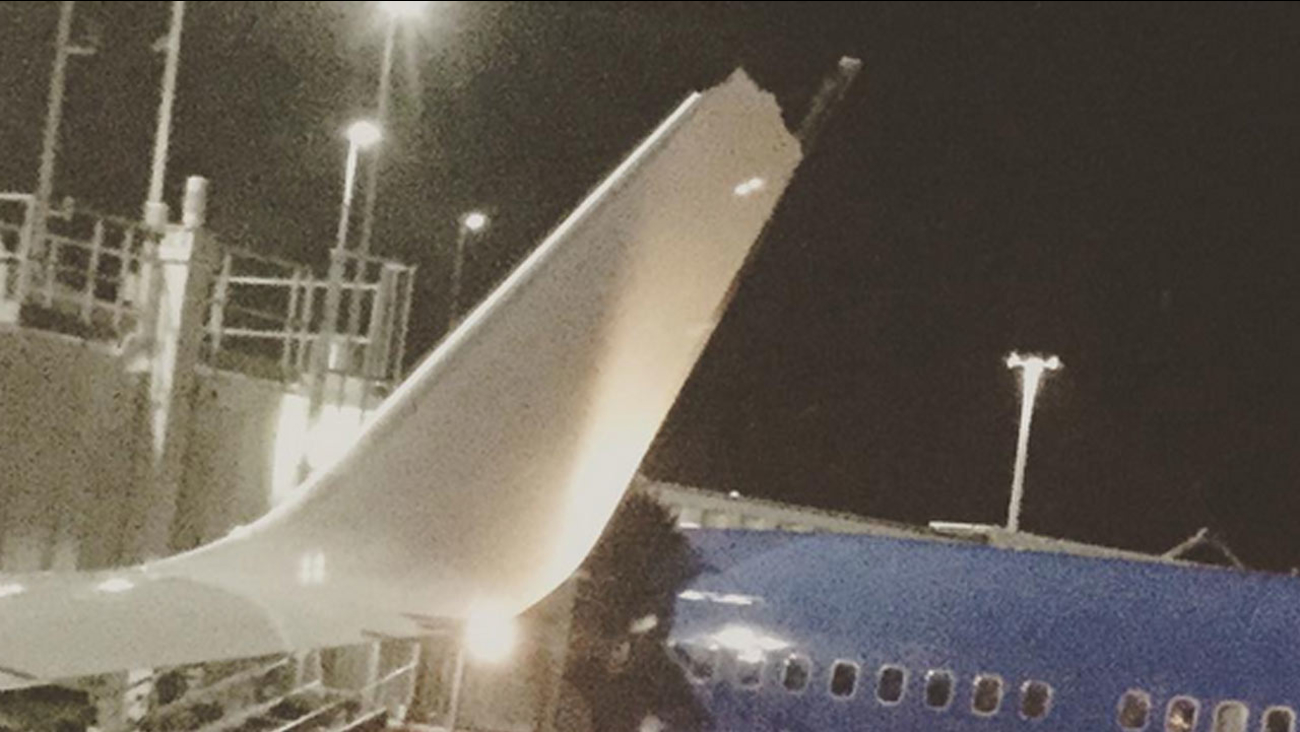 A damaged wing on a Southwest plane is shown after it clipped another plane at the Oakland International Airport on Sunday, Aug. 30, 2015. (instagram/themanasutra)