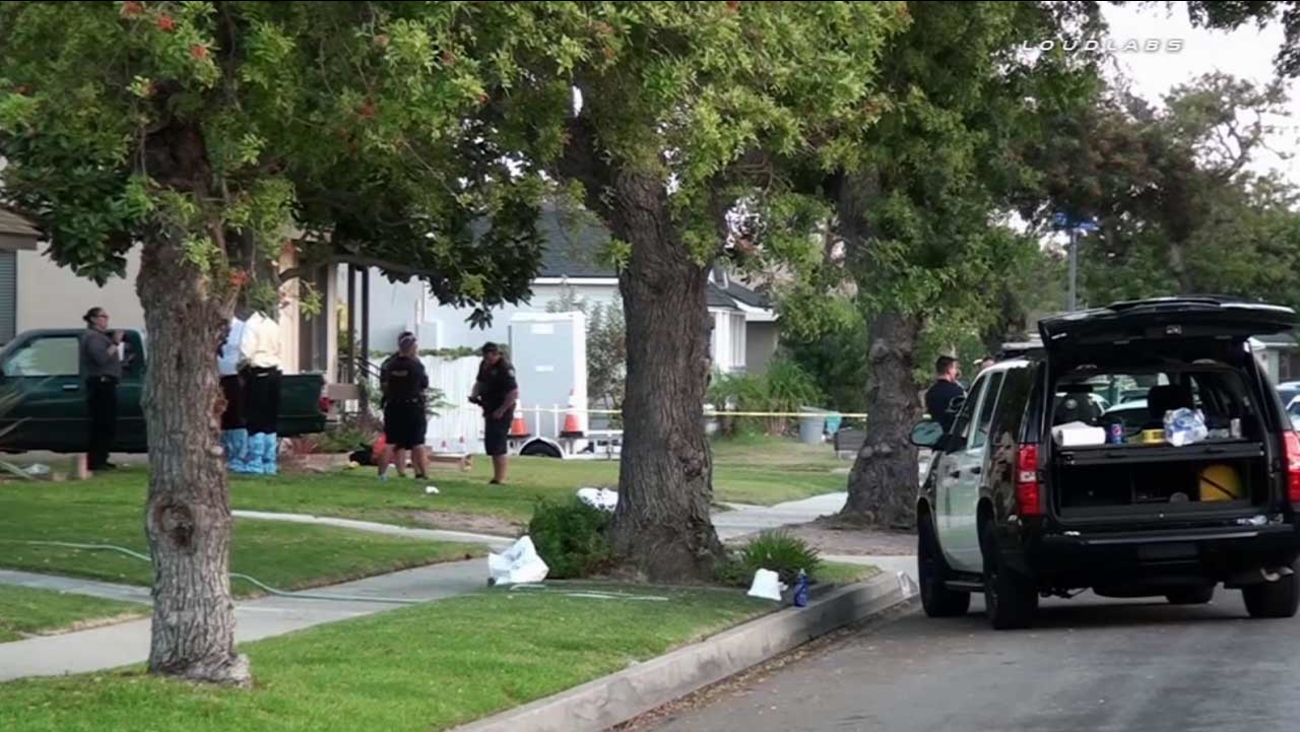 Police responded to a home in the 3200 block of Ladoga Avenue at about 10:40 a.m. after a resident at the location called 911 and reported the suspect was under the influence of narcotics, acting violently and being destructive.

Responding officers saw the man throw several items, including a television, out of a second-story window. He also broke out several windows of the home, according to a statement from the Long Beach Police Department.

The man was ordered to surrender, but he did not comply and fled into the home's garage where he was confronted by officers.

"Officers attempted non-lethal means, which included continued verbal commands, an electronic control device, physical force, and a carotid restraint to take him into custody," Long Beach police said. "While officers were monitoring his medical condition he went into cardiac arrest."

Life-saving measures were performed until Long Beach Fire Department personnel arrived on scene. Manuel Ornelas, 47, was transported to a local hospital where he was pronounced dead.

The coroner's officer will determine his exact cause of death. Anyone with information regarding the investigation was urged to contact Long Beach detectives at (562) 570-7244.