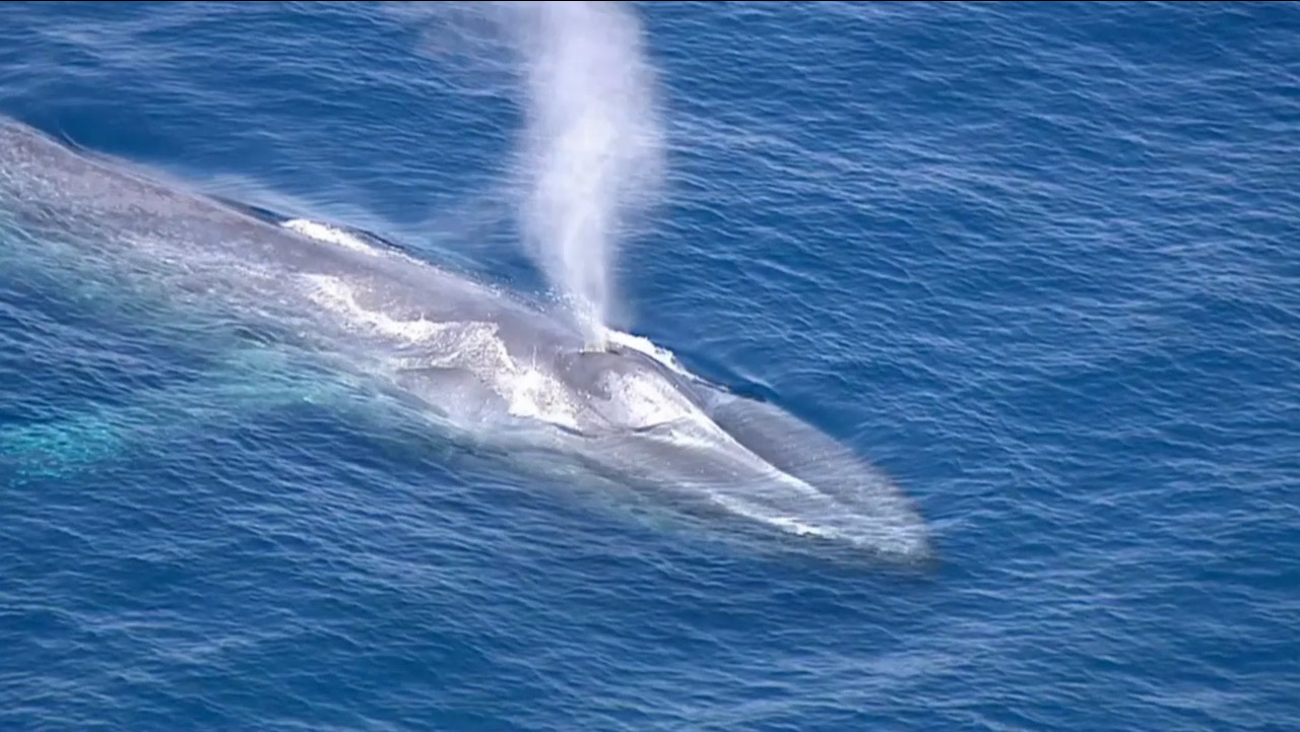 A blue whale spotted off the coast of Palos Verdes on Friday, Sept. 4, 2015, is shown spraying water out of its blowhole. (KABC)