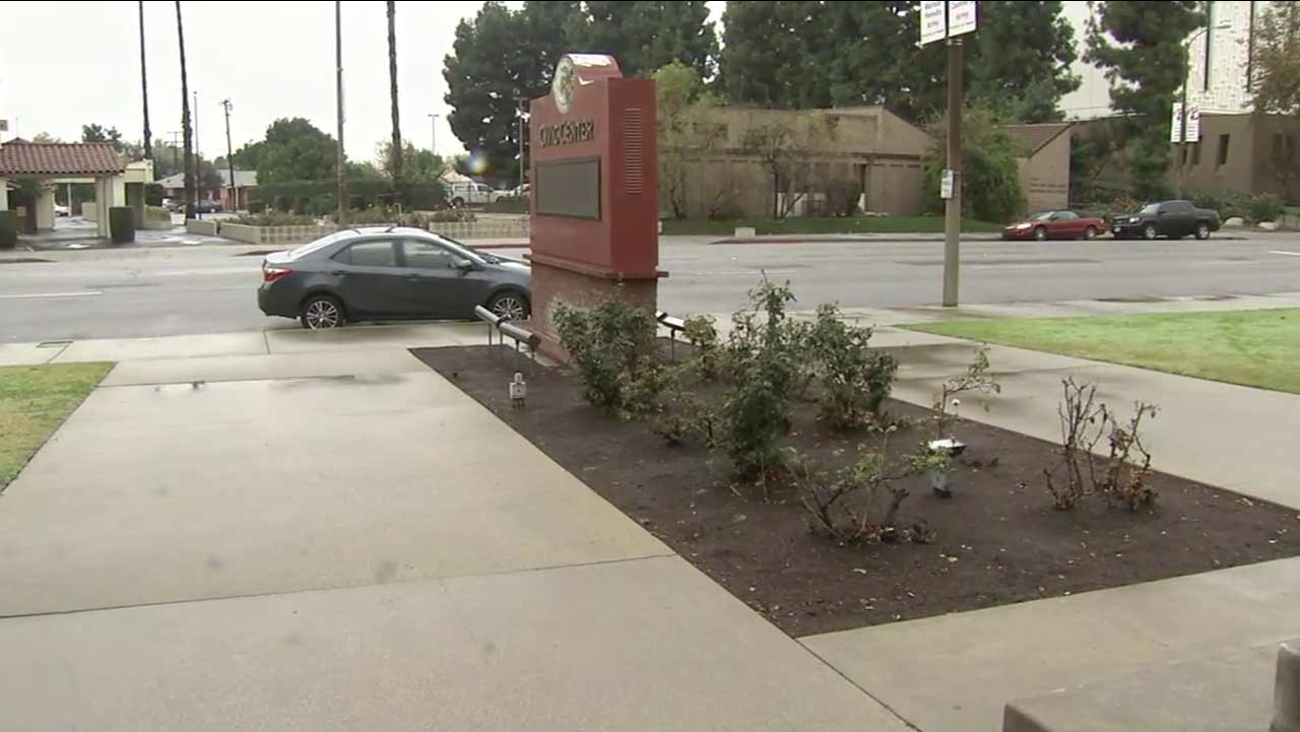 The El Monte Police Department is located at 11333 Valley Boulevard in El Monte.

EL MONTE, Calif. (KABC) -- A man allegedly came to the front door of the El Monte police station Tuesday morning and told officers on an intercom that he had a bomb.

The situation began at the police station at 11333 Valley Boulevard shortly before 7 a.m.

When officers confronted the suspect, he dropped a backpack on the ground and was detained.

"Several officers that were working during that shift came out and confronted him. He was very cooperative, did exactly what we told him to do, but that backpack was concerning to us because we hadn't looked inside of it. For that reason, we kind of evacuated the area and requested our bomb squad resources from the L.A. County Sheriff's Office," El Monte police Capt. Chris Williams said.

A robot shot the backpack and an officer then pulled clothing, papers and other items out of it. There were no explosives or dangerous materials inside the backpack, police said.

Detectives say they're now working to identify the man who's in his 50s.

Valley Boulevard was temporarily closed between Ramona Boulevard and Peck Road during the investigation.