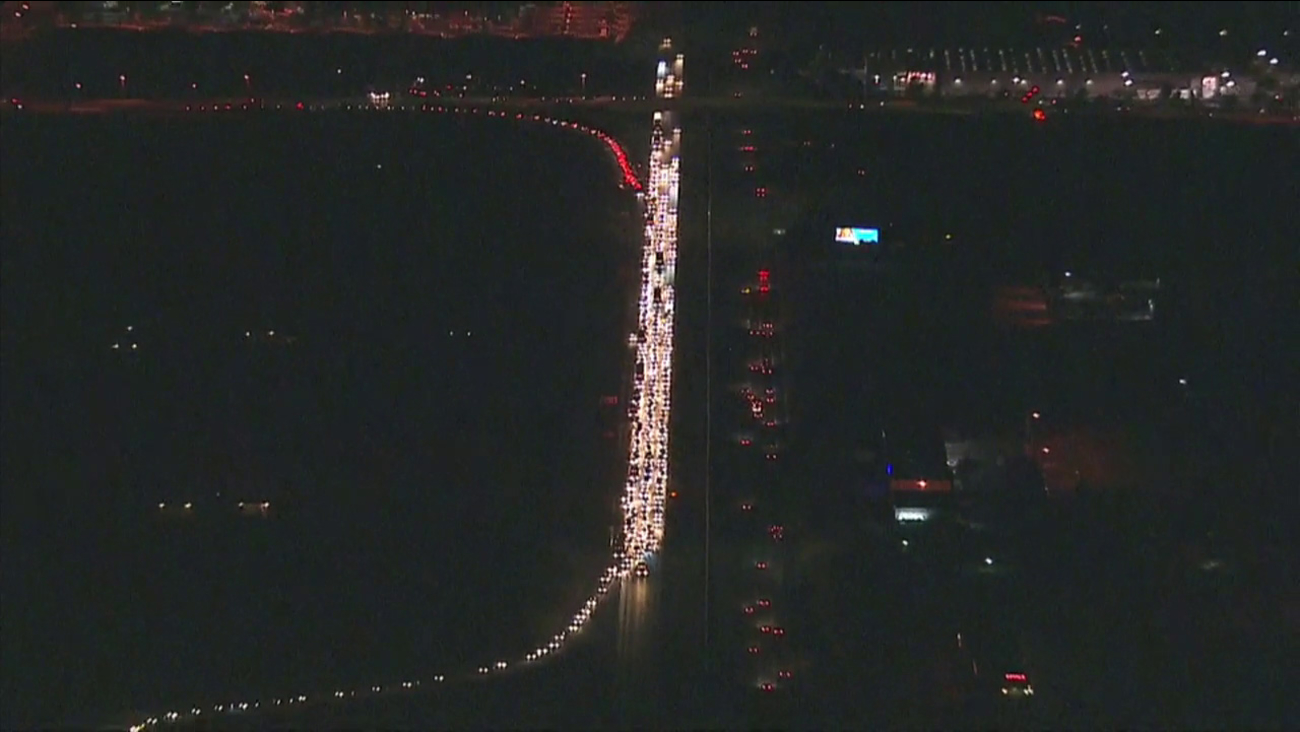 All southbound lanes were closed on the southbound 14 Freeway in the Antelope Valley after a fatal crash on Tuesday, Sept. 20, 2016. (KABC)

LANCASTER, Calif. (KABC) -- One person was killed and another critically injured in a four-vehicle crash early Tuesday morning on the 14 Freeway in the Antelope Valley, authorities said.

The collision was reported at 3:38 a.m., prompting a SigAlert and the temporary closure of all southbound lanes on the freeway at Avenue M in Lancaster, according to the Highway Patrol.

Video from AIR7 HD showed southbound traffic backed up for miles amid the shutdown.