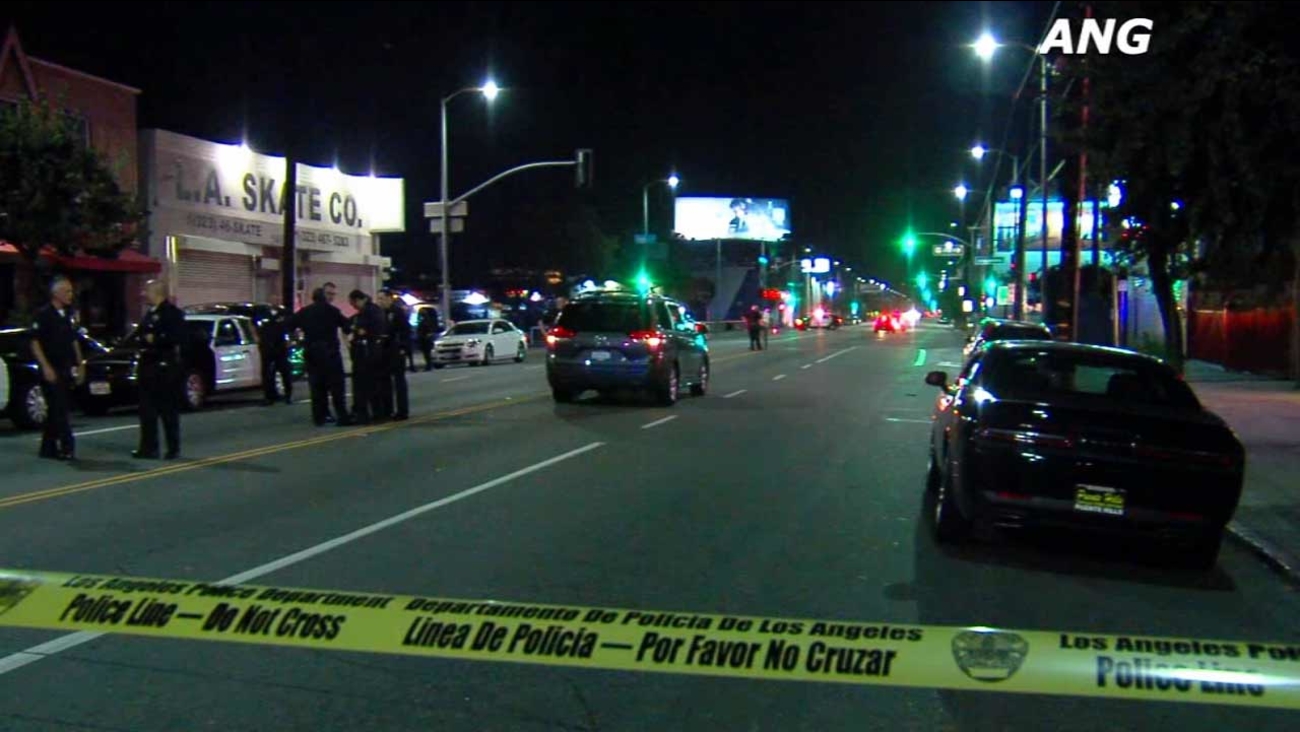 HOLLYWOOD, LOS ANGELES (KABC) -- An alleged burglary suspect was taken into custody after being struck by an Uber driver in Hollywood Friday night, police said.

The suspect was trying to run from police when he ran into the street near Oxford Avenue and Santa Monica Boulevard at about 10:30 p.m. and was struck by an Uber driver behind the wheel of a van.

Police say the suspect is linked to a burglary in Azusa and will be booked on stolen property charges following his release from Los Angeles County+USC Medical Center, where he was taken after he complained of leg, back and neck pain.