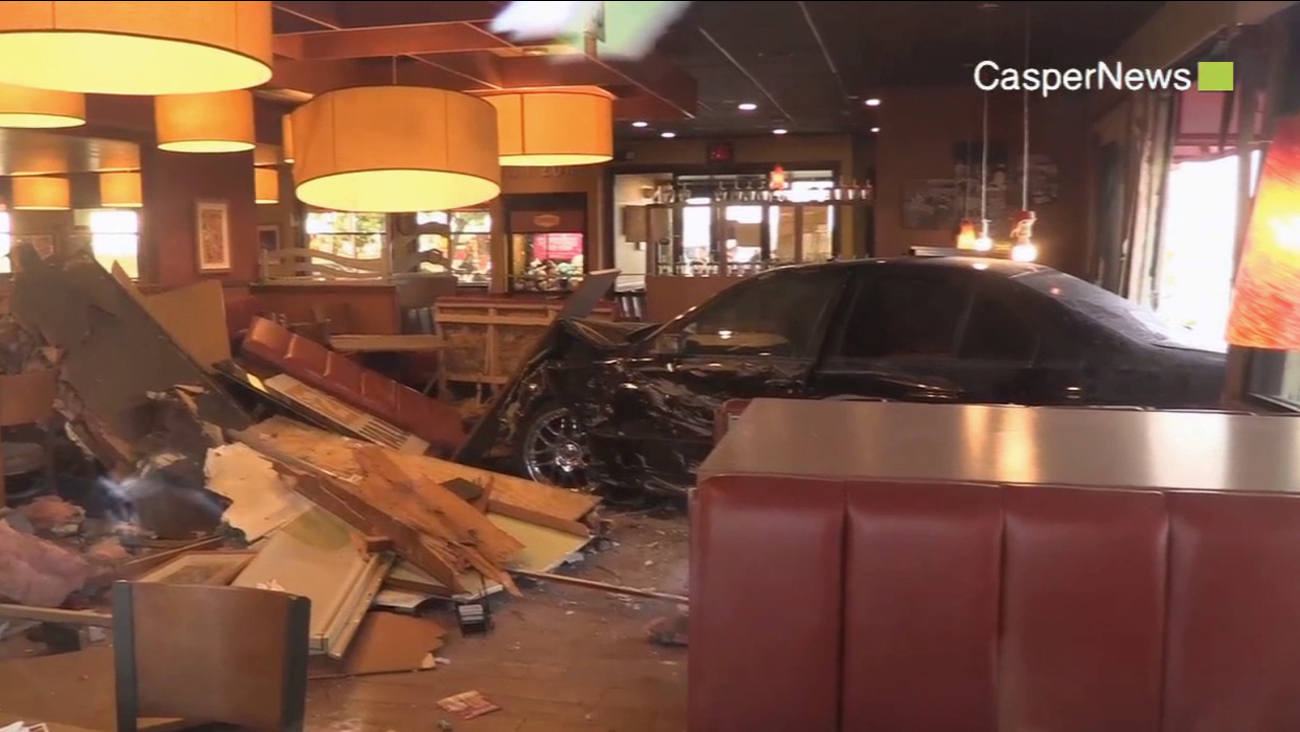 An alleged DUI suspect crashed his vehicle into a Denny's restaurant in the 500 block of 4th Street in Perris Sunday, May 10, 2015.

PERRIS, Calif. (KABC) -- An 18-year-old man was arrested on suspicion of driving under the influence after crashing his BMW into a Denny's restaurant in Perris early Sunday, injuring a customer.

Riverside County firefighters say Sergio Lopez plowed his vehicle into the restaurant in the 500 block of East 4th Street at about 5:46 a.m.

Perris police say the suspect was traveling east on 4th Street and was unable to negotiate the turn onto northbound Redlands Boulevard. He lost control and entered the restaurant.

An alleged DUI suspect crashed his vehicle into a Denny's restaurant in the 500 block of 4th Street in Perris Sunday, May 10, 2015.

A man in a booth suffered a minor leg injury and was transported to a local hospital. A waitress says the man had just gotten up from the table directly in the vehicle's path and was walking to the bathroom when the crash happened. He was hit with flying debris, according to the waitress.

The building was deemed structurally safe and remains open for business. Lopez was booked for felony DUI resulting in injuries.