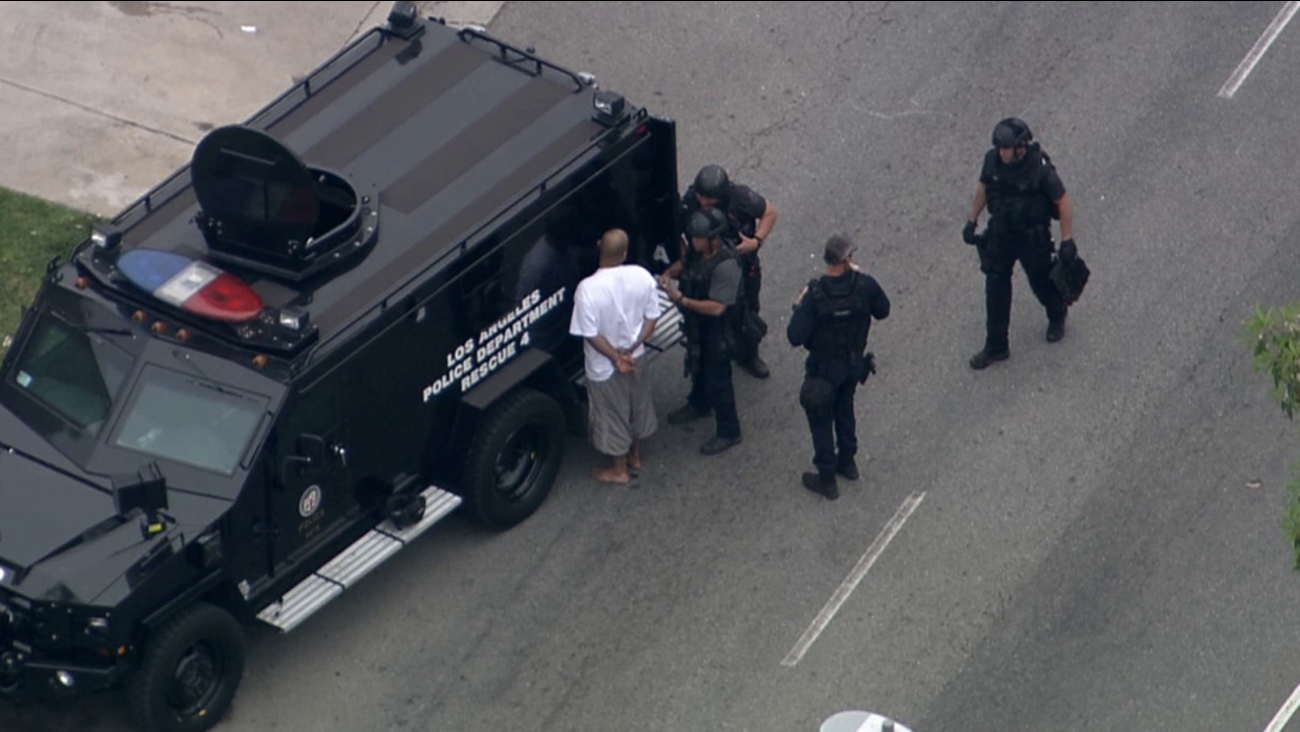 An alleged gunman surrendered to police following an hours-long barricade at an apartment complex in the 15900 block of Sherman Way in Van Nuys Friday, April 24, 2015 .

VAN NUYS, LOS ANGELES (KABC) -- A man who was seen waving a gun around on a balcony and pointing the weapon at people Friday surrendered to police after an hours-long barricade at an apartment complex in Van Nuys.

Police officers surrounded the apartment complex in the 15900 block of Sherman Way just before 1 p.m.

SWAT officers were called to the scene to try to convince the suspect to surrender. One of the suspect's family members was also present at the scene.

The suspect, identified as Alfredo Gutierrez, reportedly fired at least one shot before barricading himself inside the stairwell of the apartment complex.

"I actually seen a guy hanging out the window and had a gun, and then I guess he was just on the phone and he was just waving it or something," said neighbor Darnnelle Julies.

Sherman Way was shut down between Woodley and Hayvenhurst avenues. Nearby apartment buildings and homes were temporarily evacuated. Police also evacuated a resident from the apartment building where Gutierrez was holed up by ladder.

He surrendered peacefully with his hands up at about 5:45 p.m. Police say Gutierrez became upset over a domestic dispute he had with his girlfriend.