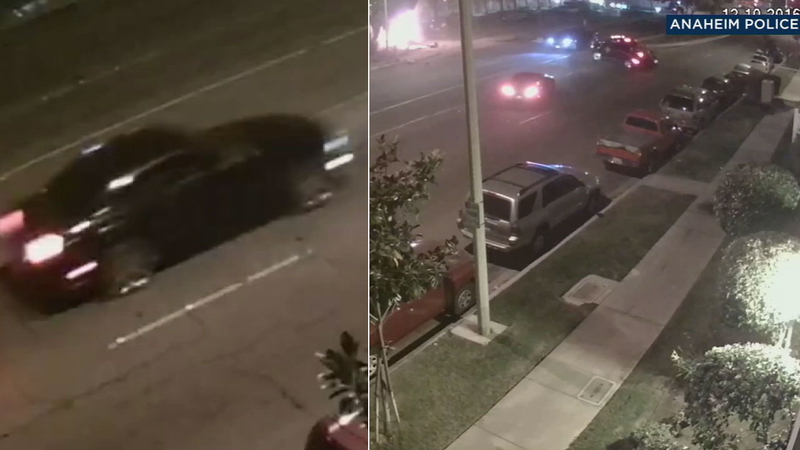 ANAHEIM, Calif. (KABC) -- Anaheim police are asking for the public's help in identifying the occupant or occupants in a black Ford Mustang involved in a street-racing crash that killed two people.

Surveillance video just released captured the Dec. 10 crash, when an Infiniti racing a black Ford Mustang slammed into a building and burst into flames in the 1700 block of Ball Road at about 2 a.m. The wreckage was mangled to the extent that investigators were initially unable to identify the car's make and model.

The collision killed two 19-year-old men, who police said were burned beyond recognition, and left a 24-year-old man in critical condition.

The Mustang's driver fled the scene of the crash, but the video shows the suspect returning about a minute later before driving away again, according to Anaheim police Sgt. Daron Wyatt.

The new surveillance video also shows a tow truck driver near the scene, and investigators were hoping to track down that driver as a witness only, Wyatt said.

Anyone with information was urged to contact Anaheim police investigator Rick Alexander at (714) 765-1861 or ralexander@anaheim.net. To remain anonymous, call Orange County Crime Stoppers by calling at (855) TIP-OCCS.