On Nov. 12, Iris Davis was struck while crossing Adams Boulevard. To the dismay of her mother Vivian Gibson, she became only one of many victims of the city's hit-and-runs.

"My daughter was number 53 on that bulletin board of 60 fatalities, hit-and-run fatalities. She was number 53, baby. So yes, it's hard to reach people and ask them to please come forward with some kind of information," Gibson said.

Less than five weeks after losing her daughter, Gibson learned more of what happened as witness tips helped police track down the driver.

"We received an anonymous phone call, giving us the name of Zachary Labov and the type of vehicle that he was driving," Los Angeles Police Department detective Sandra Smith said.

"So with that information, the detectives recanvassed the neighborhood looking for that particular type of vehicle," she added. "Surveillance was done on the vehicle up until the time of his arrest."

The driver who hit her would have most likely not faced charges had he stayed at the scene, as Davis was not at a crosswalk.

As most hit-and-run cases go unsolved, police hope to provide change with a reward system.

"This was a joint effort. Without the community's help, without their assistance, without them calling and getting involved, a lot of these hit-and-runs will go unsolved," LAPD Capt. Lee Sands said.

Gibson shared, "At least now I have peace. I know who it was. I can have closure." 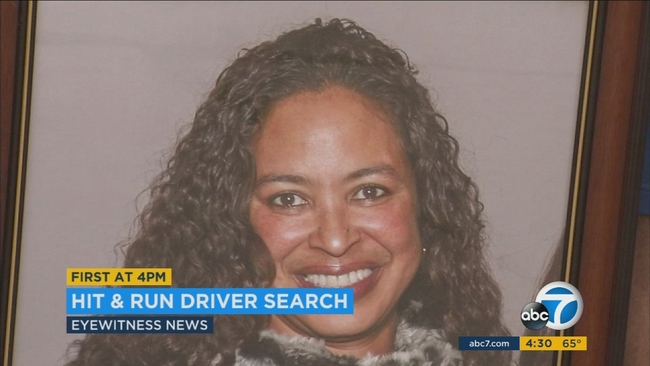