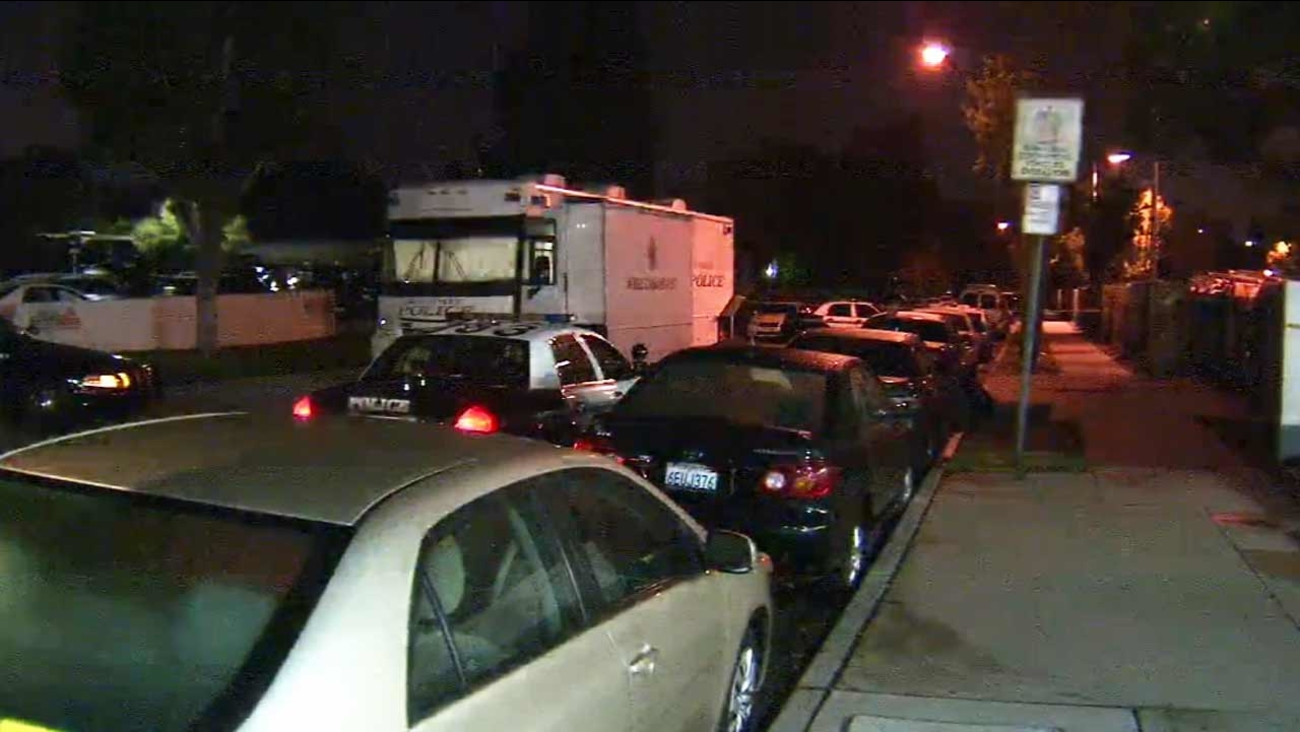 Glendale police and SWAT officers search for an armed man near Alexander Street and Pacific Avenue on Wednesday, Sept. 23, 2015.

GLENDALE, Calif. (KABC) -- An armed man who allegedly tried to crash a house party in Glendale was taken into custody Wednesday morning following an all-night search.

The incident began at a home near Alexander Street and Pacific Avenue around midnight when the man showed up to a party uninvited, Glendale police Sgt. Robert William said.

When the residents told the suspect to go away, police say he allegedly brandished a gun.

Responding officers tried to make contact with the man, but he took off through several backyards.

The house where the party was being held was evacuated, and a SWAT team found the 35-year-old suspect hiding in the backyard at about 7:30 a.m.

His name was not immediately released.