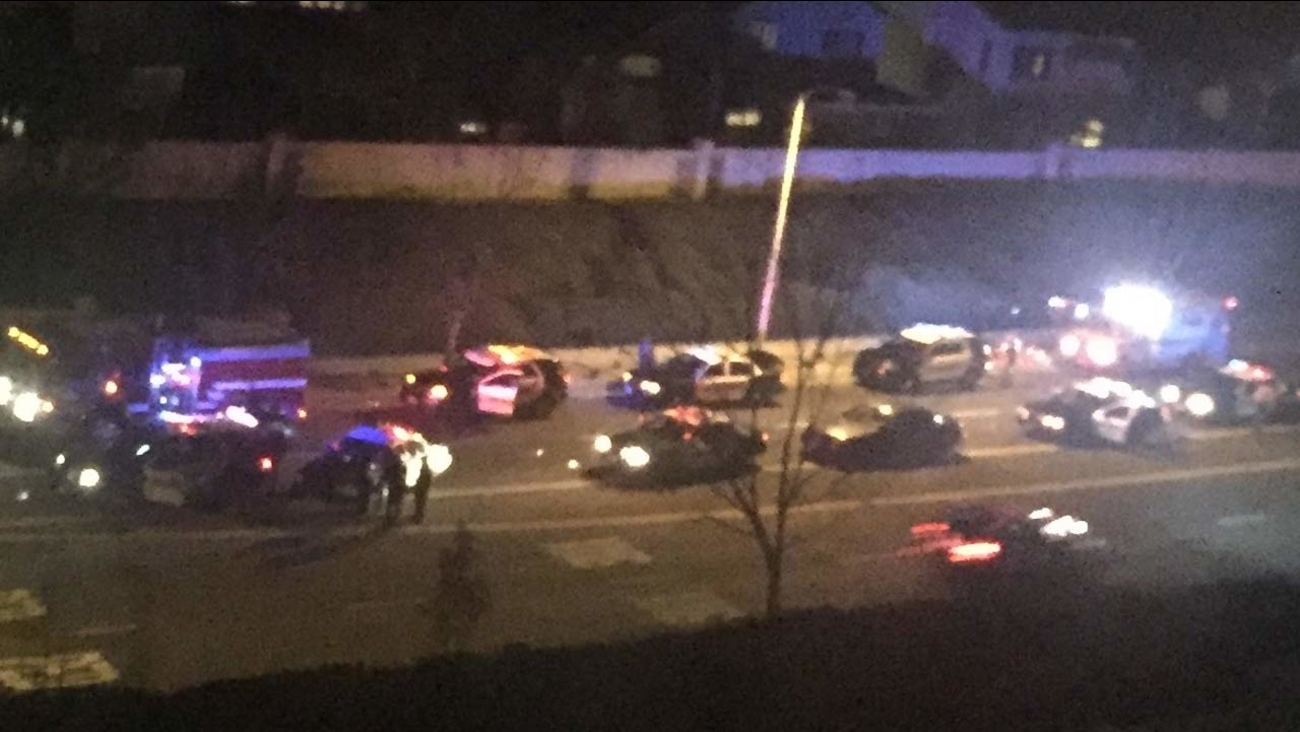 Law enforcement vehicles are seen in Lake Elsinore at the end of a chase along Interstate 15 on Wednesday, Jan. 11, 2017.

LAKE ELSINORE, Calif. (KABC) -- A DUI suspect was shot by police after he opened fire on an officer during a traffic stop and led police on a chase in Lake Elsinore. The incident closed southbound Interstate 15 overnight.

It all started around 9 p.m. Wednesday, when a California Highway Patrol officer was trying to pull over the suspect on I-15 near Indian Truck Trail.

During the stop, police said the driver was being extremely uncooperative and made verbal threats and furtive movements. The officer retreated and took cover behind a nearby barrier.

That's when the driver exited his car and began shooting at the patrol vehicle, hitting it several times, police said. The officer was not hit.

The suspect got back into his car and fled. A nearby CHP unit received the call of shots fired and located the suspect, and a chase ensued. During the chase, authorities said the suspect repeatedly fired at pursuing officers.

The suspect got off the I-15 and drove through surface streets until he reached a residential area in Lake Elsinore, where he ditched his car, fled on foot and entered a home.

Riverside County sheriff's deputies arrived on scene. A deputy-involved shooting occurred, but authorities did not say if the man was injured or killed but confirmed no law enforcement officers were hurt.