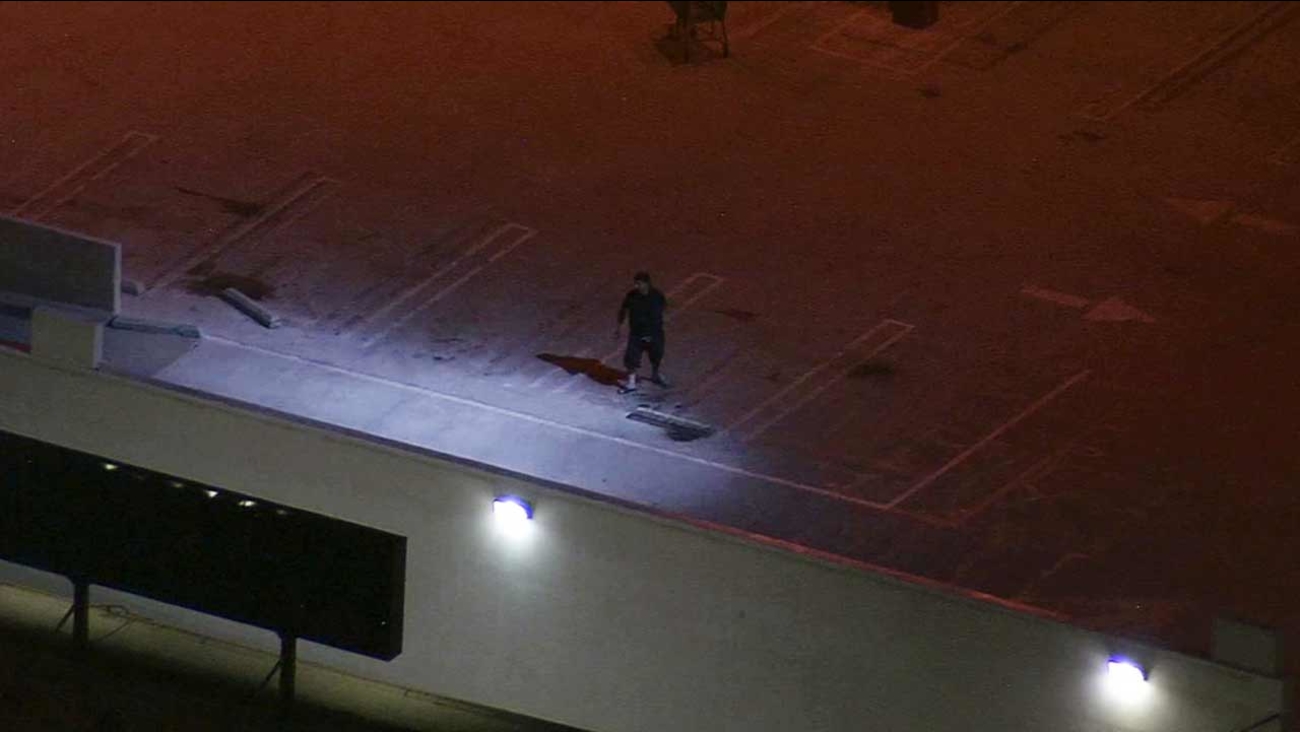 An armed man held police at bay at a parking structure in the 3100 block of South Sepulveda Boulevard in the Palms neighborhood of Los Angeles Thursday, July 16, 2015.

PALMS, LOS ANGELES (KABC) -- An armed man was taken into custody after he threatened to shoot someone at a Big Lots store and then held police at bay at a nearby parking structure in Palms Thursday night, police said.

The standoff occurred in the 3100 block of South Sepulveda Boulevard.

The suspect claimed to have a shotgun, but was only armed with a knife, according to Los Angeles police Lt. John Jenal.

Employees and customers of the nearby Big Lots store were locked inside as a precautionary measure.

The California Highway Patrol temporarily closed the 405 Freeway on- and off-ramps at National and Venice boulevards and both directions of the 10 Freeway transition roads to the 405 Freeway.