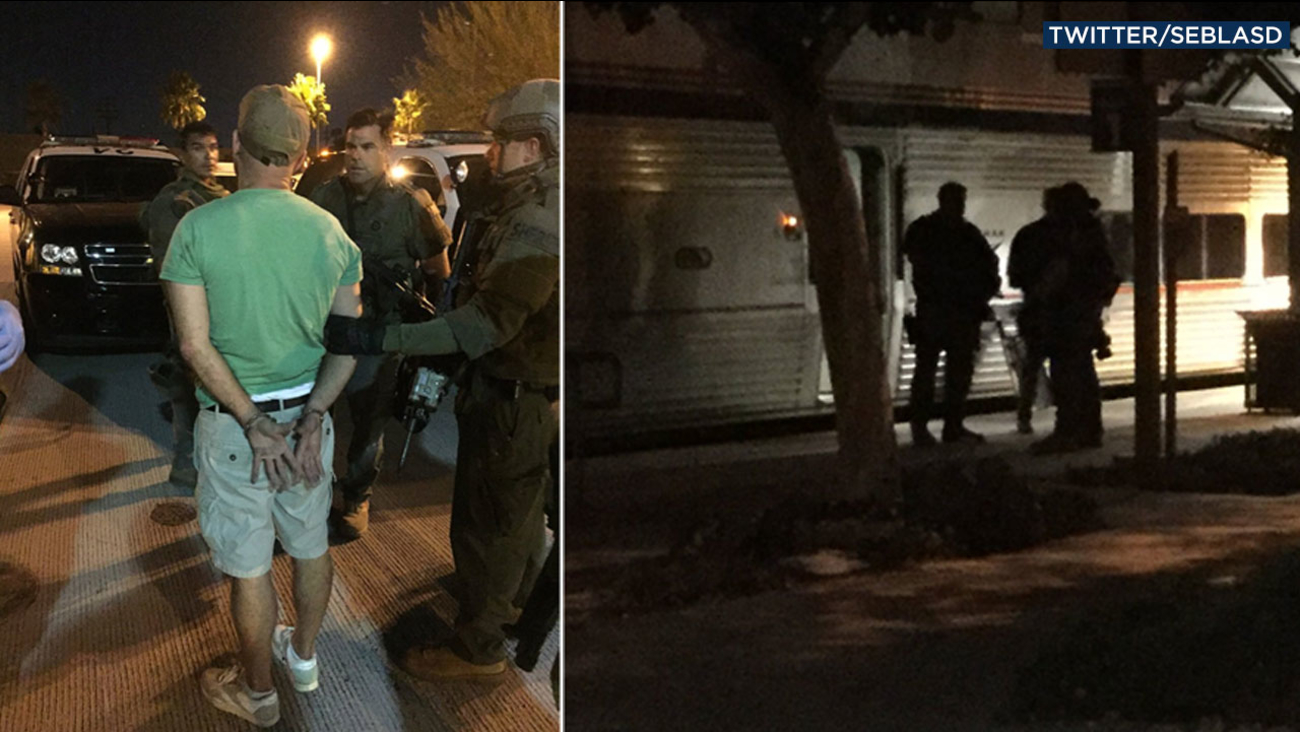 L.A. County sheriff's deputies with the Special Enforcement Bureau took a suspect who barricaded himself for hours on an Amtrak train into custody on Saturday, Sept. 17, 2016.

CHATSWORTH, LOS ANGELES (KABC) -- An armed suspect was taken into custody Saturday morning after he barricaded himself inside an Amtrak train car for hours in Chatsworth.

Los Angeles County sheriff's deputies in the Special Enforcement Bureau deployed tear gas into the train car the suspect was in and were able to take him in without further incident.

He was identified as Darius Palmer, 46, of Oxnard. A spokesperson for Amtrak said Palmer had a handgun and was being booked by Amtrak police.

Authorities said around 6:19 p.m. Friday, they received numerous calls reporting a man with a gun inside Amtrak's Pacific Surfliner, Train 790. The train stopped in Chatsworth in an isolated area, prompting all 187 passengers and five crew members to be evacuated.

According to Amtrak, the crew members and passengers were provided alternative transportation to their destinations.

Witnesses said the suspect appeared to be under the influence or possibly had a mental health issue.

The incident also caused several delays for Metrolink trains that share the railway with Amtrak. Amtrak trains 564 and 573 were canceled Saturday, according to the company's spokesperson, but passengers would be accommodated on other trains. 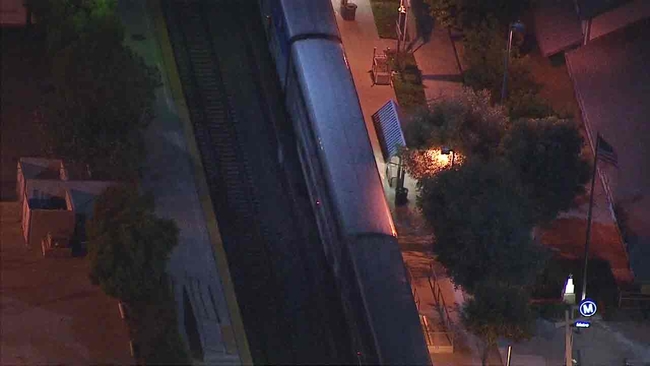