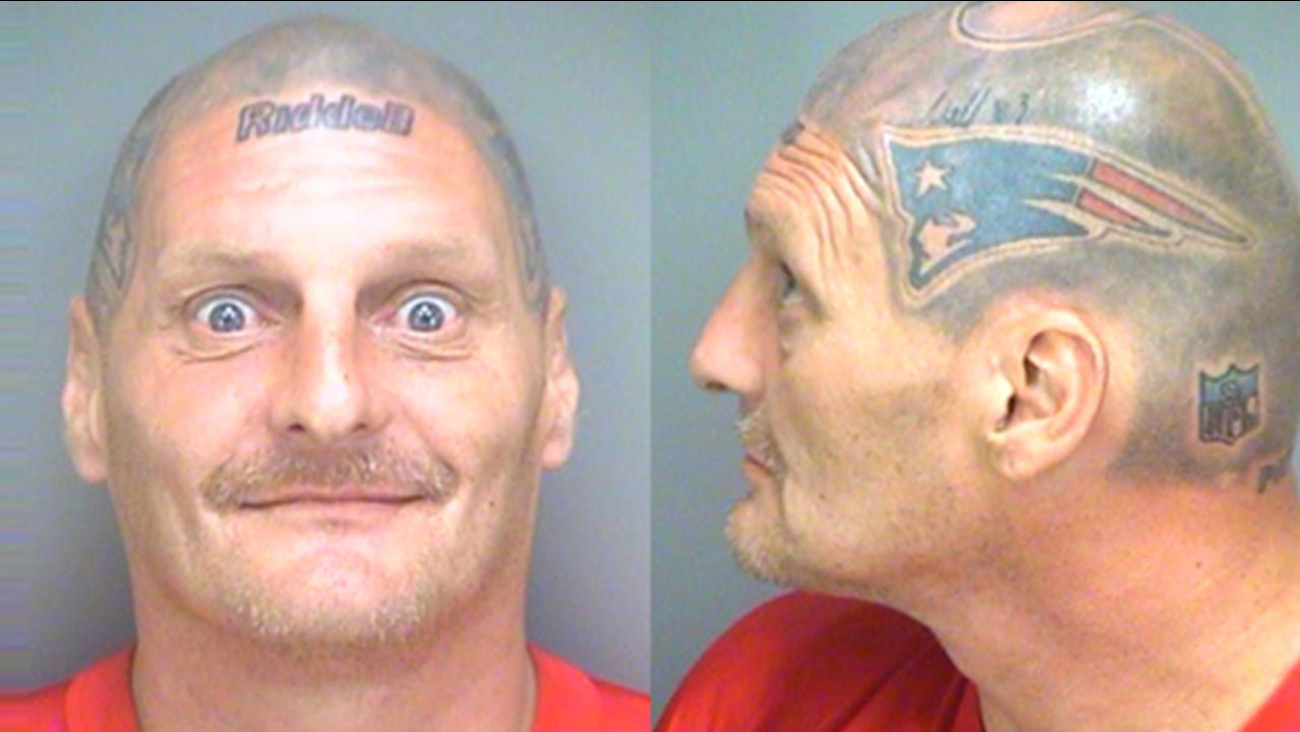 Victor Thompson, 46, was busted for posession of a synthetic marijuana in St. Petersburg this past September. Thompson has a New England Patriots logo tattooed onto his head. (St. Petersburg Police)

TAMPA, FL -- His first mugshot went viral. Now, a New England Patriots superfan may end up with a second mugshot after he failed to show up to a court appearance, WTVT-TV reports. 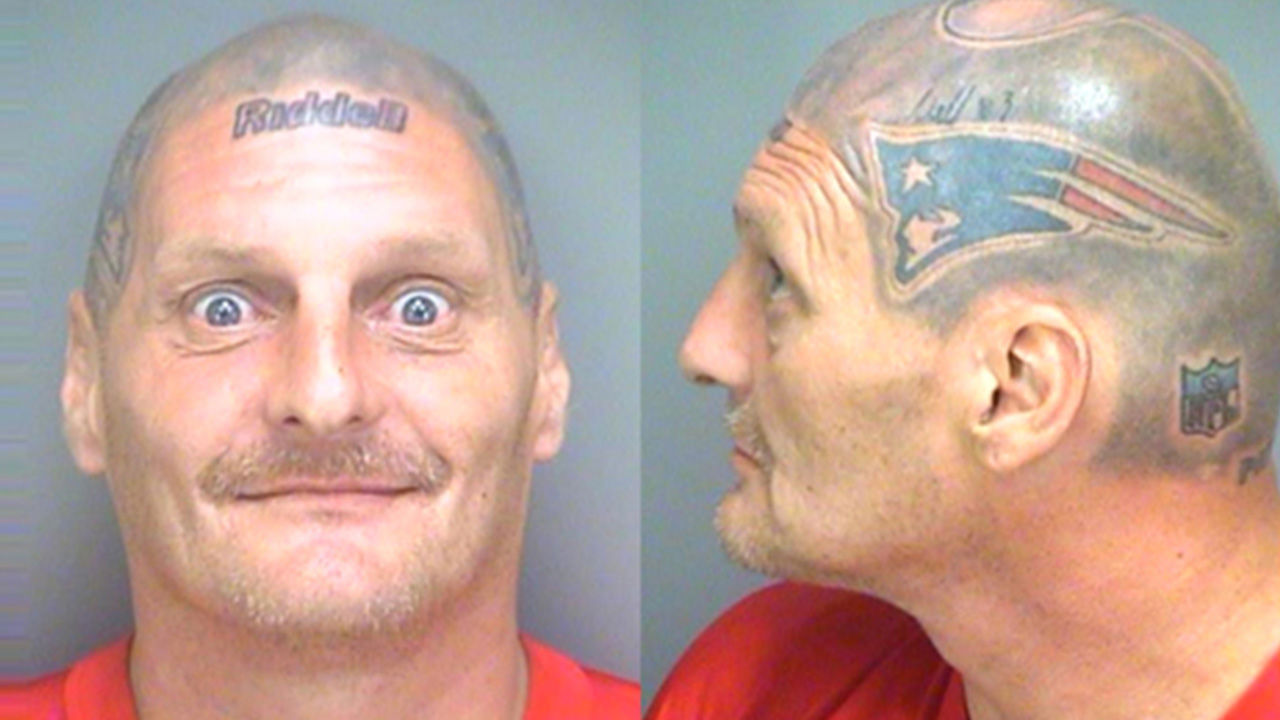 Now, there's a warrant for his arrest again after he failed to show up in court to answer to those drug charges.