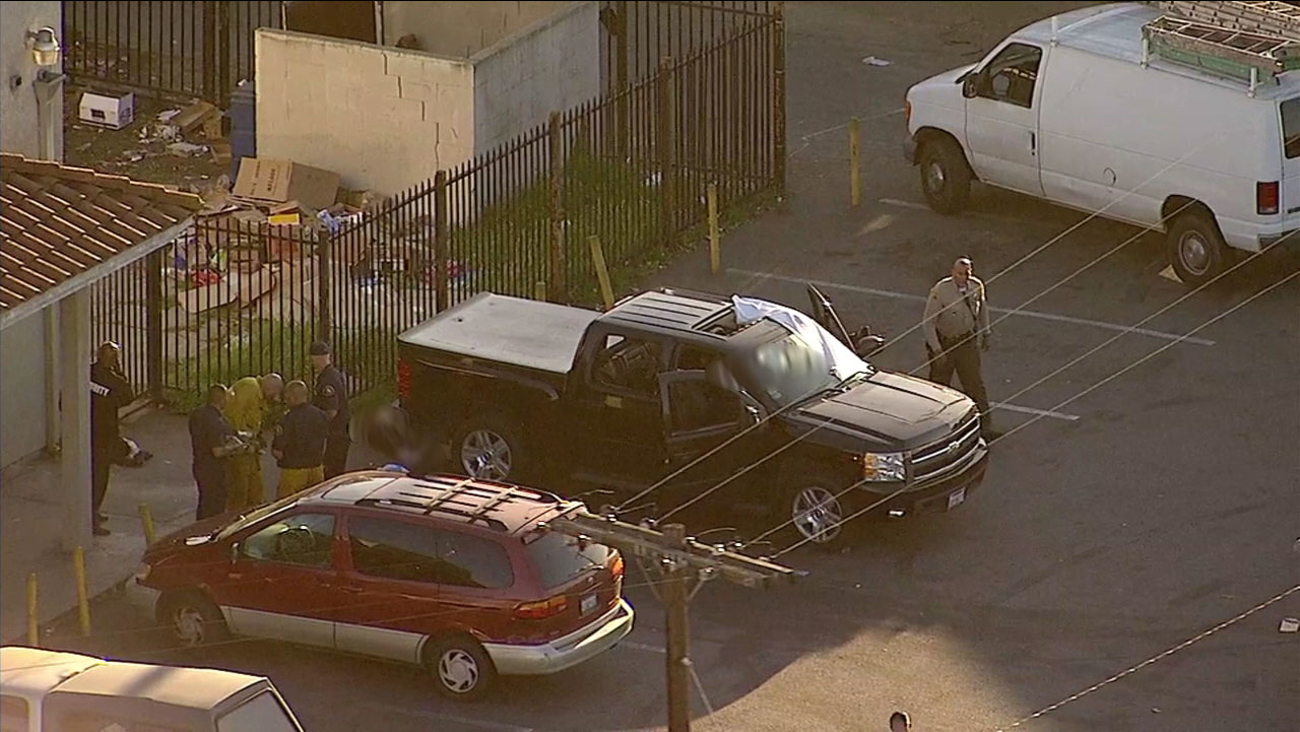 Two bodies were seen at the site of a triple shooting in South Los Angeles on Thursday, March 23, 2017.

The shooting was reported at 5:47 p.m. at 108th Street and Western Avenue in the Athens area of South LA.

Two people were pronounced dead at the scene and the third victim was transported to a local hospital, officials said.

Footage from AIR7 HD showed one of the bodies sticking out foot first from the driver's side window of a Chevy truck and another on the ground behind the truck.